We provide awareness and education regarding chronic pain and to help those with chronic pain find the resources, treatments and services available.

Over 8.8K views of this Author’s content on Klusster.

May 1, 2018 - M.E./CFS documentary "Unrest" at Princess Twin Cinemas in Waterloo

Jennifer Brea is struck down by a fever that leaves her bedridden. When doctors tell her “it’s all in her head,” she turns her camera on herself and others ...

Please click here to register if you plan to attend.

The documentary is being shown free of charge in recognition of International M.E. Awareness Day.

Jennifer Brea's Sundance award-winning documentary, Unrest, is a personal journey from patient to advocate to storyteller. Jennifer is twenty-eight years-old, working on her PhD at Harvard, and months away from marrying the love of her life when a mysterious fever leaves her bedridden. When doctors tell her it's "all in her head," she picks up her camera as an act of defiance and brings us into a hidden world of millions that medicine abandoned.

"... the documentary is not only for those suffering from chronic illnesses - it’s for everyone, especially those who feel they cannot relate. In the same way that we don’t need to be in love when we read a love story, viewers don’t need to be sick in order to participate in the much-needed conversation that Brea’s documentary proposes. In fact, participation and engagement by a more diverse population is not only preferable, it’s crucial. Millions of people currently have some diagnosis of chronic illness, with a reported 15 to 30 million people worldwide reportedly suffering from ME/CFS alone."

Unrest follows Brea when she first becomes sick after a 40 deg. C fever. For the next year, she suffers repeated infections and her health declines dramatically. But doctors do not take her seriously – a state of play recognised by many young women who are dismissed by the medical system.

Myalgic Encephalomyelitis (ME), commonly known as Chronic Fatigue Syndrome (CFS) or ME/CFS, is a devastating multi-system disease that causes dysfunction of the neurological, immune, endocrine and energy metabolism systems.

It often follows an infection and leaves 75% of those affected unable to work and 25% homebound are bedridden. An estimated 15-30 million people worldwide have ME.

... in the US, science is moving on. In 2013 the US government asked the Institute of Medicine to convene an expert committee to examine the evidence base for ME. Two years later, their report "Redefining an Illness" was published. The report stated ME is “an acquired, chronic multi-systemic disease biological in nature” symptoms of which include “immune, neurological and cognitive impairment”. After reviewing thousands of medical papers, the report “stresses that this is a medical – not a psychiatric or psychological – illness”.

... the report found considerable evidence that “exertion of any sort can adversely affect several organ systems and many aspects of patients’ lives, often seriously and for long periods” ...

“This is a much more serious disease than many of the other things that people are worried about. It’s more common than MS, it’s more common than Parkinson’s disease, it’s more common than AIDS. This is probably the last major disease that we know so little about. And it’s because of its nature that it’s been hidden. The severe patients are often just in their home being looked after by someone and no one knows they exist. But it can get very severe, people have tried to make some measures in terms of debilitating illness, it’s generally viewed as worse than many other diseases that have been ranked in terms of quality of life.”

Professor Ron Davis (of Stanford University), one of the most eminent ME scientists in the US, used to work on the human genome. Now he has gathered a group of scientists, including three Nobel laureates, to work on “one of the most urgent areas in medicine today”. He is also the father of Whitney Dafoe, the severely ill young man featured in Unrest. 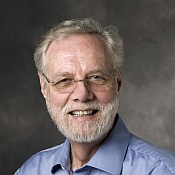 Medical research into biomedical causes is increasing, but remains seriously underfunded globally. “It’s 30 years wasted, which is a long time in research terms. We could have discovered the cause of ME in that time,” laments health researcher, Dr Keith Geraghty (of the University of Manchester).

Over the past few years, studies have demonstrated that ME patients have metabolic, immune, neurological and other systemic dysfunction. Metabolites and proteins in the blood have been found to be abnormal, showing that the bodies of patients are in a hypometabolic state, causing the body to shut down and their cells become unable to produce energy. Neurological and systemic inflammation (along with a female bias) could point towards ME being an autoimmune disease. Evidence of immunodeficiency has been around since 1990 and more recently numerous studies have shown impaired natural killer cell function; a cell which helps control viral infections. ME science, however, is still in its infancy. More studies are needed to identify a cause and develop treatments.

Unrest was awarded a Special Jury Prize at the Paley Center for Media's DocPitch competition and is supported by the Harnisch Foundation, Chicken & Egg Pictures, BRITDOC's Good Pitch, the Tribeca Film Institute, the Fledgling Fund and the Sundance Institute.

Much of the above is excerpted from https://www.unrest.film and http://www.independent.co.uk/news/long_reads/why-patients-me-demanding-justice-millions-missing-chronic-fatigue-illness-disease-a8133616.html

The WWMEA is a local charitable organization that provides support group meetings and information for people with M.E. (family members are welcome too) and can be contacted at http://www.wwmea.ca/ (Waterloo Wellington Myalgic Encephalomyelitis Association).

Over 8.8K views of this Author’s content on Klusster.