Skyjems is a FAMILY OWNED BUSINESS, specialized in providing emerald, sapphire, opal (Ethiopian and Australian), tanzanite, tourmaline, amethyst, citrine, garnet, and many other gemstones and jewellery at a fantastic price.

Over 1K views of this Author’s content on Klusster.

Sapphires have been treasured as some of the most valuable gemstones in the world since antiquity, were often used to make priceless pieces of custom gemstone.

Sapphires have been treasured as some of the most valuable gemstones in the world since antiquity and were often used to make priceless pieces of custom gemstone jewelry. Sapphire rings were particularly popular among the wealthy and powerful. There are a number of sapphire rings which standout as some of the most spectacular and lavish rings to ever be made, and they each possess their own charming allure.

A truly phenomenal sapphire ring was given to the Smithsonian Institution by the Pearson family. This ring features a huge 70.79 carat unheated star sapphire from Sri Lanka with strong asterism as its centre stone. The large dark blue Ceylon sapphire is noteworthy not only for its size, but also because it displays a rare 12-ray star rather than the 6-ray star typically seen in star sapphires. The stone is set into an unconventional platinum setting featuring stylized leaf-shaped prongs encrusted with diamonds and fanned baguette diamonds on either side of the ring shank. The ring was in the possession of the Pearson family until 1982, when it was donated to the Smithsonian. The ring has remained on display ever since as an example of an untraditional sapphire ring and the wonderful optical phenomena that sapphires may possess. 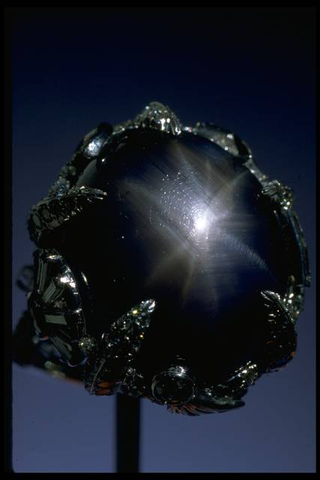 Perhaps the most intriguing sapphire ring in the world-- the Rockefeller Sapphire ring-- has a colourful past. The Rockefeller Sapphire was named after John D. Rockefeller, Jr. and was one of many exceptional gems to be purchased by the financier. The stone, which originates from the Mogok mining district of Burma (Myanmar), displays perfect cornflower blue colour and nearly flawless clarity along with its unimaginable size. Rockefeller purchased the sapphire directly from the last Nizam of Hyderabad. Hyderabad is the capital city of the Indian state of Telangana and was ruled by descendants of Asif Jah I, known as “Nizams”, after he took power in 1724. The Nizams were known for the great wealth which they amassed as a result of Hyderabad’s participation in trade routes and Telangana’s control of the Golconda diamond mines. The last Nizam of Hyderabad was Maharajah Mir Osman Ali Khan, who was said to possess more that 40 million pounds of jewelry and was declared the 5th richest man in the world in 1937 by Time Magazine. Among his vast collection of gems was the massive baguette cut Burmese sapphire that Rockefeller purchased from the Maharajah in 1934 as part of a deal brokered by the Rockefeller family jewelry advisor Raymond Yard. In 1940, Rockefeller commissioned the gem dealer Rapheal Esmerian to fashion a gift for his wife, Abby Aldrich Rockefeller, using the sapphire. Esmerian worked alongside Pierre Cartier to recut the stone to approximately 66 carats and set it into a brooch accented by small calibre diamonds and sapphires. The brooch remained in Aldrich’s possession until her death in 1948. John D. Rockefeller kept the brooch following his wife’s death and gave it to Martha Baird, whom he married three years later. Baird then enlisted the help of Raymond Yard, who had the sapphire set into another brooch for her, which she owned until her death in 1971. After the death of Martha Baird a number of jewelry pieces from the Rockefeller estate were sold as part of a Sotheby’s auction in Zurich, Switzerland. The Rockefeller Sapphire brooch was purchased by Raphael Esmerian for $170,000 who then sold the stone to a private Italian collector in 1972. The Rockefeller Sapphire eventually went up for auction again after the death of that owner in 1980, where it was purchased for $1,500,000 by Rapheal Esmerian’s son, Ralph Esmerian. Ralph had the sapphire re-cut by Reginald Miller to its current weight of 62.02 carats and set into a platinum ring mount flanked by two triangle shaped diamonds. Ralph then sold the Rockefeller Sapphire ring to an anonymous American collector, who owned the jewel until his death in 1988 when his collection was sold at a Sotheby’s auction in St. Moritz, Switzerland where Ralph Esmerian purchased the sapphire again for $2,850,000, breaking the record for most expensive sapphire and most expensive sapphire per carat. The Rockefeller Sapphire ring was auctioned a final time in 2001 at a Christie’s New York auction held in the Rockefeller centre where it sold to an anonymous collector from Asia for $3,031,000, breaking its own record for most expensive sapphire and most expensive sapphire per carat. The sale was conducted by Francois Curiel, International Head of Jewelry at Christie’s, who described the gem as “the most marvellous sapphire [he’d] ever seen”. The Rockefeller sapphire is considered to be one of the highest quality sapphires to have ever been unearthed, and is the standard by which many other great sapphires have been judged. Without a doubt, the Rockefeller Sapphire ring is one of the most astonishing pieces of jewelry in human history, and there may never be another bespoke sapphire ring like it. 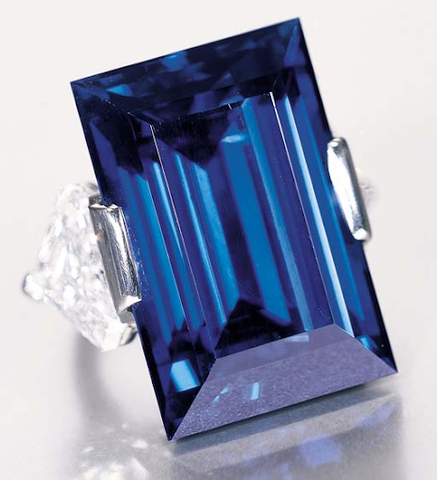 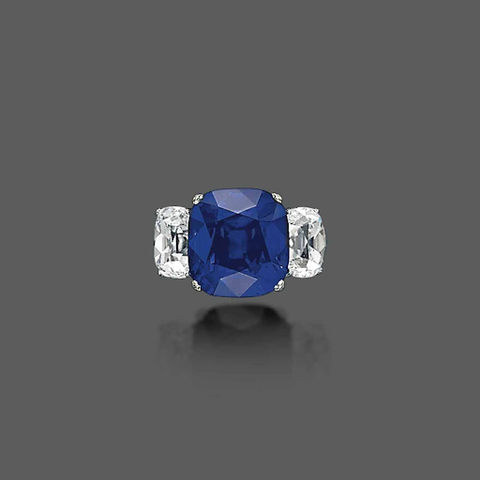 Learn about five other great sapphire rings of the world in the second half of this series.

Here are more of our favorite sapphire rings from the Skyjems catalog: 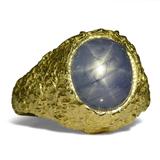 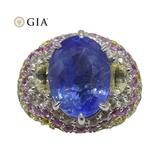 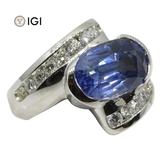 Sapphires have been treasured as some of the most valuable gemstones in the world since antiquity and were often used to make priceless pieces of custom gemstone jewellery.

Over 1K views of this Author’s content on Klusster.