Every great dream begins with a dreamer. Always remember, you have within you the strength, the patience, and the passion to reach for the stars to change the world – Harriet Tubman

Over 37K views of this Author’s content on Klusster.

Can The Brain Recover From A Hypoxic Brain Injury?

Brain injuries caused by a disruption in the oxygen supply to the brain can result in severe injuries and permanent disabilities...

However, some children who suffer hypoxic brain injuries can recover or experience reduced symptoms if they are properly treated by doctors to minimize the damage. Here is what you need to know about the possibility of recovering from hypoxia from the malpractice lawyers at Raynes & Lawn.

What Is A Hypoxic Brain Injury?

The brain needs a steady flow of oxygenated blood and glucose. If it does not receive enough oxygen and glucose from the blood, brain cells in the area of the brain to which the oxygen and blood flow are disrupted will start to die. Brain cells do not regenerate once they die, so injuries that cause the death of brain cells can cause permanent conditions. Your blood supplies oxygen to your brain. If the blood flow and oxygen are completely cut off from an area of the brain, an anoxic brain injury can occur. If it is partially disrupted, a hypoxic brain injury can occur. An anoxic brain injury can happen following cardiac arrest. This type of injury is severe and can cause permanent cognitive disabilities, prolonged coma, or death. While hypoxic brain injuries can also be serious, they sometimes will respond to treatment.

Causes Of Hypoxic Brain Injuries During Or After Childbirth

It is important for hypoxia to be identified quickly so that it can be promptly treated. Hypoxia can occur during pregnancy, labor, or shortly after labor.

Some of the factors that can increase the risk of hypoxia include the following:

Proper monitoring during pregnancy and labor can help to identify these risk factors so that doctors can intervene before they cause hypoxia.

In order to function as it should, the brain requires a constant flow of oxygen and glucose to get energy. When there is a disruption in the oxygen supply to the brain, the brain’s need for energy will still remain. A decrease in the supply of oxygen and glucose caused by disruption can cause cellular death. Cellular death can occur when cells die prematurely or when they die normally through the body’s self-regulatory processes. Brain cells that do not receive the energy and oxygen they need will start to prematurely die. As they die, they release toxins that can damage nearby cells. Those cells will also begin to die, causing a chain reaction in which the damage can spread. The second wave of cellular death occurs several hours after the first. This means that in a hypoxic brain injury, the damage will often not be limited to the initial area of damage but can also include a second area of damage caused by the secondary wave of cellular death.

How Can Hypoxic Brain Injuries Be Treated?

If a hypoxic brain injury is identified quickly, doctors will typically cool the infant’s body temperature artificially to slow the spread of the damage. While cooling the baby’s body won’t reverse the damage that has already occurred, it can slow the molecular and biochemical changes that can cause the damage to spread following the initial damage. While cooling the baby’s body can help to prevent further damage, the best way to avoid permanent brain damage is to prevent hypoxic brain injuries from occurring in the first place. Medical professionals must carefully monitor the fetus’s vital signs and heart rates. If a fetus shows signs of distress, including sudden increases or decreases in the fetal heart rate, the professionals should immediately intervene and provide proper treatment to prevent hypoxia. In many cases, the immediate intervention will mean an emergency c-section is performed. If an injury can’t be prevented, the medical providers should try to prevent further damage through the application of cooling therapy.

What Is the Prognosis For An Infant With A Hypoxic Brain Injury?

It can be difficult to determine the prognosis for an infant with a hypoxic brain injury. Some people are able to fully recover, but the effects of an injury might not be known until months have passed during which the baby’s progress can be tracked and monitored. In some cases involving injured infants, the full effects of a hypoxic brain injury might not be understood for years. The child’s parents might have to wait and observe whether their child achieves the developmental milestones on time or at all. If a child has a delay, additional tests might be needed before the impacts on the child will be understood.

Hypoxic brain injuries have several associated complications that can arise, including the following:

If the injury is severe, these types of complications might be immediately noticeable. In cases involving mild injuries, the symptoms might not be noticed until time passes. Once brain cells die, they won’t regenerate. This means that there will not be a full recovery as far as replacing the cells that were lost. However, proper treatment can prevent additional damage and serious complications. A well-devised treatment plan can also help to manage the symptoms of disabilities caused by hypoxic injuries.

If your baby suffered a hypoxic brain injury because of the actions or omissions of the medical professionals who were present during labor and delivery, you should talk to a birth injury lawyer at the Philadelphia law firm of Raynes & Lawn. Our attorneys have more than 50 years of experience fighting for our clients. To learn more about your case, contact us today for a free consultation at 1-800-535-1797. 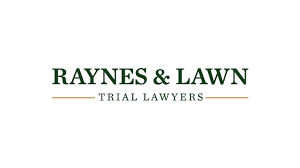 For the general public: This Blog/Website is made available by the law firm publisher, Raynes & Lawn, for educational purposes. It provides general information and a general understanding of the law but does not provide specific legal advice. By using this site, commenting on posts, or sending inquiries through the site or contact email, you confirm that there is no attorney-client relationship between you and the Blog/Website publisher. The Blog/Website should not be used as a substitute for competent legal advice from a licensed attorney in your jurisdiction.

For attorneys: This Blog/Website is informational in nature and is not a substitute for legal research or a consultation on specific matters pertaining to your clients. Due to the dynamic nature of legal doctrines, what might be accurate one day may be inaccurate the next. As such, the contents of this blog must not be relied upon as a basis for arguments to a court or for your advice to clients without, again, further research or a consultation with our professionals.

Over 37K views of this Author’s content on Klusster.