Over 39K views of this Author’s content on Klusster.

Dementia and Alzheimer's Disease are affecting more and younger people . What can you do to protect yourself?

Dementia and Alzheimers disease are affecting growing numbers of people according to the Alzheimer Society. The age at which people become affected is dropping. In Canada alone, there are 16 000 people under 65 with dementia

However I don't believe that's the whole story.

For thousands of years a significant number of people in societies with reasonable levels of nutrition and absence of widespread conflict, have survived to old age and remained free of dementia. There are many examples of people remaining active and mentally alert past the historically expected 70 years, into their 80s and beyond.

There are surprising examples of people living to a dementia free old age in areas with high conflict and a lack of resources. People without access to clean water, a balanced diet or medical facilities.

What are the reasons for increased dementia?

This comprehensive article in Wikipedia lists accepted and possible factors.

I believe there are several other factors that may have an effect.

The increase in Alzheimer's disease, other forms of dementia and mental health problems is a concern for those of us in the Baby Boomer generation. It is of major concern for younger generations. Particularly millenials as if the trend continues, many of that generation could start experiencing symptoms in their 40s.

Many of them already are, a recent article in The Telegraph blames the “Selfie Culture” for a 42% increase in five years, in the number of children in the UK being treated in hospital for anxiety. What will be the long term effects of that?

How do we protect ourselves?

By eating healthily and exercising our bodies and our brains.

This article on “How to Boost our Brain Power” appeared in eMedexpert. It gives 17 tips on things we can do to help us remain mentally active. To reduce the chances of dementia.

It quotes research that disproves the old belief that our brains stopped producing new neurons after age 20 – that mentally it was all downhill from there.

Now we know that our brains can continue to develop as long as we challenge them by using them. 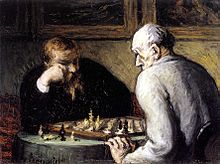 Many years ago, in Zimbabwe when on-line payments and email were not available and cheques were widely used. I broke my dominant (right) arm and foot in a Polo accident. I was unable to use it for several months, had to learn to write, sign cheques and do simple tasks, with my left.

The habit stayed with me, as part of my daily routine, every morning I write four or five lines in my journal with my left hand. The same old injury makes using a computer mouse painful, so for five years, I have been using my left hand with the buttons reversed. If I try and use a regular computer mouse with my right hand it feels awkward.

There are many more good ideas in that article. Adopting them will make your life healthier, more interesting and help prevent the onset of dementia or mental illness.

According to an article in ideapod, a study in 2013 showed that two hours of silence helped mice produce new brain cells.

The article shows the many benefits we get from periods of silence. It refers to silence from noise. Silence from, or removing ourselves from the distraction of visual chatter from electronic devices probably has even greater benefits.

It's interesting that people living with serious adversity, war, natural disaster, oppression don't seem to experience the same high levels of dementia and mental illness as those in the safe, well fed, peaceful countries of the West. Africa has the lowest levels of dementia related mortality of any continent. It also has the most countries with low life expectancy. 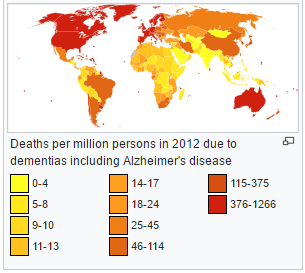 The statistics are certainly skewed by different mortality rates, life expectancy and other factors. However from my own experience and that of others, I am convinced that too safe, “soft” or unchallenging life plays a big part.

We have many physical and mental health professionals, healthy restaurants, exercise and other experts here on Healthy Waterloo Region to keep us on track to live a long and satisfying life. Let's support them and stay healthy.

Want to talk? Call me

Over 39K views of this Author’s content on Klusster.