This style of hot yoga, done in a specially heated room, allows for deep, safe stretching and pro... more

This style of hot yoga, done in a specially heated room, allows for deep, safe stretching and promotes detoxification of the skin, blood and muscles.

Benefits That Silence Has on Your Brain

Neuroscience Reveals the Nourishing Benefits That Silence Has on Your Brain

When's the last time you sat in total, utter silence? While it's not easy to find true peace and quiet, there's now evidence you may want to find more opportunities to embrace noiselessness throughout your day.

We already know too much noise is not a good thing for our brains or our bodies. Research has linked noise pollution to increased blood pressure, sleep loss, and heart disease. These results have led to even more research on the long-term effects of noise. Along the way, almost by accident, scientists who study noise are uncovering benefits of its absence.

A recent piece in Nautilus explores in detail the positive effects that silence can have on our brains. Journalist Daniel A. Gross elaborates on several studies in which researchers set out to study the effects of various types of noise--such as music, short bursts of sound, and white noise--only to discover the silence in between the sounds they were studying produced interesting results. Here are a few gems this body of research has revealed. 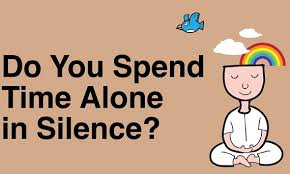 Do You Spend Time Alone in Silence?

In exposing groups of mice to a selection of sounds, Duke University regenerative biologist Imke Kirste was trying to see which one might spark the creation of new brain cells. She used silence as her control.

She found that two hours of silence a day produced new cell creation in the hippocampus, the main part of the brain associated with memory. In reviewing the results, Kirste concluded that silence could have been such a strange departure from the norm that it heightened the mice's alertness.

"We saw that silence is really helping the new generated cells to differentiate into neurons and integrate into the system," Kirste said.

Response of Brain to Silence

Activation of your brain's memory

Even when the world around us is completely quiet, our brains are extremely adequate at filling in the silence. Take the example of listening to your favorite song, when it suddenly cuts out halfway through. If you know the song well, you'll continue to hear it play in your head.

By retrieving the memory of the song's music and lyrics, your brain is creating an illusion of sound. The Nautilus piece explains that this is because your brain's auditory cortex remains hard at work. Even if your ears are not being stimulated by external sounds, your brain always finds a way to muscle its way into staying active. 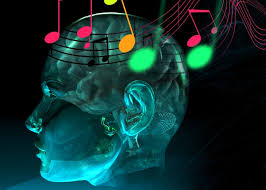 Music and the Brain

Without stimulation and distraction, your brain need not focus and goes into a default mode of sorts. That doesn't mean it completely turns off. Quite the opposite. Your brain at rest will sort and gather information. This is where the self-reflection comes in.