I love to help educate people on how to improve their health naturally with a variety of excelle... more

I love to help educate people on how to improve their health naturally with a variety of excellent natural products.

Over 21K connections made by this author in Klusster. Get started today and reach more people through the power of together!
Join Klusster

The antioxidant value of alkaline ionized water is incomparable. Strong detoxification of cells is achieved when one consumes this water daily.

Alkaline ionized water has a structure much different from common waters such as tap, bottled, and filtered. Through the process of electrolysis, the actual water clusters are reduced from about 10-16, to 4-6. These smaller clusters are then able to enter many more cells and detoxify the body  more effectively than other methods.

The two are completely different and in fact, there is not a therapeutic effect from water that has has its pH raised by mineral adding filters etc. Health studies around the globe prove with no question of a doubt that water which has gone through the ionization process posesses the three qualities which allow it to be extremely therapeutic.

Long before attempts were made to restructure water through ionization, various scientists found the Hunza water and diet to be a matter of special interest. Where was their cancer, their cavities, their degenerative diseases? What caused this phenomenon of health, vitality, and an overall body balance.

The story, is that the Japanese tapped into the new methods of electrolysis experiments being done by their Russian peers which had no doubt been inspired by the original technology of Faraday. The first water ionizer, whose technology conformed to this description, was developed in Japan in the early 50’s, probably as a result of probing into the Russian system of electrolysis. The experiments were first conducted on plants and animals. Full-scale development started in 1954 Several Japanese agricultural universities began looking into the effects of alkaline ionic water, and especially the effects of acid water on plants.

The first commercial alkaline ionic water ionizers were available in Japan in l958. At first, only very large units were used in hospitals. In l960, a group of Japanese medical doctors and agricultural research scientists, formed a special medical and agricultural research institute to investigate ionized water. Annual meetings were held to report their findings. Finally, in January 1966, the Health and Rehabilitation Ministry of the Japanese Government acknowledged the alkaline ionic water ionizer as a legitimate medical device for improving human health.

Over the last forty years, it is estimated that somewhere in the neighborhood of 30 million Japanese citizens have used these devices. This could very well help explain the fact that Japan has the number one health care system in the world as reported by Dr. Barbara Starfield in the Journal of the American Medical Association (JAMA). Japan reports higher cancer survival rates and other disease recovery rates as well. Unfortunately, the United States ranked a miserable number thirteen in this report.

Could a partial answer to what plagues you lie in life giving and life sustaining ionized water? 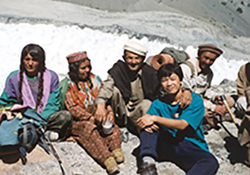 Dr Michael explains the difference between AlkaLINE and alkaLYZED water -

Detoxification is important because it can literally reverse the symptoms of illness and change your life...

Check the information on Diabetes and ionized water benefits

Because toxins are part of our daily life, both inside and out, it may seem that they are a natural part of living and that additional measures to deal with them are necessary. Free radical exposure is part of life, however, with the overabundance of chemicals and pesticides in our foods and environment, and the increasing levels of stress in our society, our body is overwhelmed with toxic buildup and needs additional help in expelling unnecessary waste material. 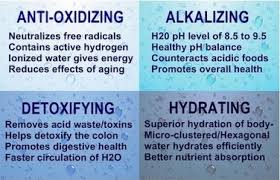 Despite overwhelming advancements in medical care our society is sicker than ever. We may be living longer, but we’re riddled with illness and disease. Nearly all sickness in industrialized countries is due to toxic build up in the body. Often times toxins bind to sex hormones or thyroid hormones which slows metabolism, causing weight gain. Additionally, toxins are stored in fat cells, also contributing to excess weight. Cardiovascular disease, cancer, polycystic ovarian syndrome, infertility, gastroesophageal reflux disease, fatty liver, gallstones, osteoarthritis, stroke, lower back pain, headaches, carpal tunnel syndrome, dementia, sleep apnea, asthma and depression are just some of the illnesses associated with obesity.

an·ti·ox·i·dant - a substance such as vitamin C or E that removes potentially damaging oxidizing agents in a living organism.

THE IMPORTANCE OF COLON FUNCTION AND OUR IMMUNE SYSTEM

Hiromi Shinya, born 1935) is a Japanese-born general surgeon. He pioneered modern colonoscopic techniques, and invented the electrosurgical polypectomy snare now common on colonoscopes, allowing for removal of colon polyps without invasive surgery. Here is a video where he talks about the importance of colon health detoxification, and alkaline ionized water.

We are always interested in hearing from you
Over 21K connections made by this author in Klusster. Get started today and reach more people through the power of together!
Join Klusster