A River Ran Through It

A lot of folks are working very hard these days to bring back the Hackensack River.

For too many years, the river was so marginalized and abused that it was hard to imagine what it was like clean in its heyday.

Once upon a time the Hackensack was a source of food, drinking water and recreational site that made the area a favorite summer resort. In fact, the river and its role are reflected in our municipal seal (created in 1957). There’s the anchor and the use of aquamarine as its color, both to represent the water and the role of the river in our community’s origin and history.

Little known, however, is that the river once ran right through the heart of River Edge – a Main Street for a community that settled and grew as a single community on both of its banks.

As River Edge and in its original form as Demarest Landing, the community covered both sides of the river. Included as part of River Edge are parts of what is now New Milford. In fact, it was not until 1919 that postal delivery on the east bank changed from River Edge to New Milford.

But before that time things were quite different.

Starting back in the late 1600’s, mills were built along the river – they were used for grinding wheat, buckwheat and other grains into flour; power provided from the rise and fall of the river tides.

River Edge docks were also the loading places for the wood that was supplied in large quantities to help build New York City. In its time Old Bridge (also known as Demarest Landing and later as River Edge) was considered one of the great shopping points in early colonial days. Similarly, iron from Ringwood mines was brought to Demarest Landing for shipment to New York, long before the Revolution.

The schooners that transported the wood were themselves built along the Hackensack River. The Demarest Shipyard, for example, could be found on the east bank of the river in what is now New Milford.

Tug boats also plied their way up and down the river. Their loads included barrels of lime, lumber, and bricks from Little Ferry, coal, and manure.

This integration between the two sides of the river can also be seen a bit downstream at New Bridge. The modern-day New Bridge Landing is a joint effort among various entities – including River Edge, New Milford and Teaneck.

This cooperation is not all together altruistic. Rather, it is an acknowledgment that New Bridge once covered both sides of the river as well.

Then there is the story of New Milford. On old maps, New Milford is to be found on the west side of the river as much as the east – including the area surrounding the intersection of Kinderkamack Road and New Milford Avenue, now part of Oradell. A New Milford stop on the Pascack Valley line reflected this earlier time. There’s a story to be told, but we’ll save that for next time.

In the meantime, we note how this brief look at the river reminds us just how much the automobile has so radically altered how we look at the world around us.

In our rush to modernity and efficiency, clearly we lurched into a totally different world than one known here for decades if not centuries.

A look at the old river, even a passing one, can serve to remind us what once was – and what could be. 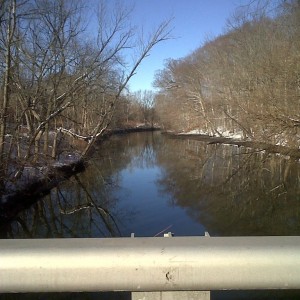 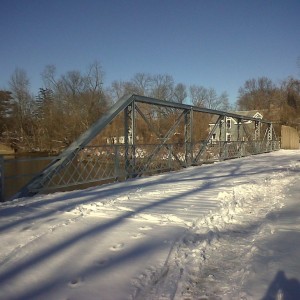 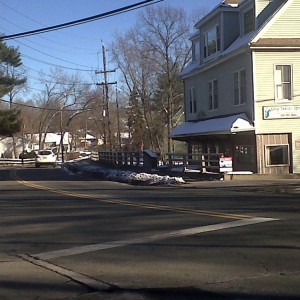 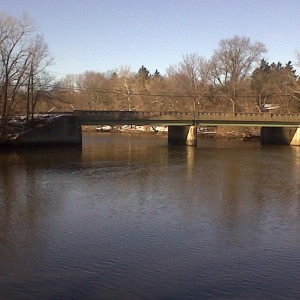 This piece was prepared for River Dell Patch - and appeared in March, 2011.

We are always interested in hearing from you
Over 63K connections made by this author in Klusster. Get started today and reach more people through the power of together!
Join Klusster