Call me Jen, a writer and blogger of LifeStyleConvo & UrbanHouses, who worked as a full-time content creator. A writer by day and reader by night.

Norse "Viking" Symbols and Their Meanings

Norse mythology refers to the framework of Scandinavian mythology that was preserved during the Viking era (790-1100 BC). The mythical world of Scandinavia is created by the creation myth that the first gods killed the giant, turned a part of his body into a world, spread under the world tree Yggdrasil, and finally destroyed the famous world of Ragnarok.

Symbols played an important role in Norse culture, on a daily basis and especially in times of war. The Norse symbols have special meaning for Vikings to protect warriors with supreme power, women with fertility, and all their difficulties. Symbols and patterns visually (immediately and across language barriers) convey a meaningful message to the women and men who wear them.

Not surprisingly, there is so much excitement around ornaments with Viking symbols that people want to receive the Norse gods' blessings. 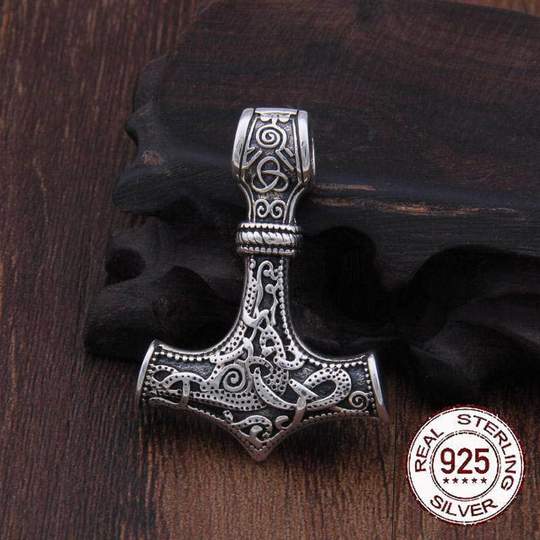 Mjölnir, also means a hammer, is associated with lightning and thunder. He was the god of war and god of thunder and was one of the most popular figures in all Norse mythology.

While the Viking jarls and kings were easily identified with the discerning and cunning Odin, Thor's immense strength, courage, resilience, and straightforwardness made the common Vikings more attractive.

Mjolnir or Thor's Hammer is a symbol of power, strength, and defense. It is the most famous Norse symbol of the Viking era, and, worn by people of all ages from birth to death.

Valknut (Knot of the Slain)

The Vikings believed those who lived a normal life lived in the shadows after death, but those who died brilliantly in the war lived on in Valhalla. Valkyrie would take the lives of these heroes from the battlefield. In Valhalla, they will live the Viking version of the good life: they fight fierce battles against each other every day, but - in their eternal state - rejoice every night and spend in luxury.

However, this paradise comes at a price. Because the slain warriors are Odin's army, they will join the gods in Ragnarok's last and great battle. They will fight this devastating war against the demons and the terrible creatures of darkness for the good of our world and the gods' world.

Valknut is generally considered a symbol of these slain warriors. The exact meaning of the three interlocking triangles is unknown. The details are outdated, but the Valknut symbol now reminds us of this and the next life's courage and bravery.

Ægishjálmr is a rune stave known as a symbol of victory and defense. The symbol itself is reminiscent of eight branches that look like visible tridents around the symbol's center point, the point that needs to be protected.

Those eight tridents secure their center point. Given the etymology of the word "Ægishjálmr, "we can conclude that there are two words, "aegis," which means "shield" and "hjálmr," which means "helm."

Vikings often draw Ægishjálmr on their foreheads. It will instill fear in their enemies and help the Vikings in battle because they believed that this is an important symbol.

Today, the symbol of Ægishjálmr is frequently used in the form of tattoos, which serve as a talisman for many popes' safety.

Many Vikings painted Ægishjálmr symbols on helmets and armor. As they believe, the symbols of the Ægishjálmr offer the necessary security and power during combat. They also believed that the symbol was a powerful tool for planting fear in the enemy. 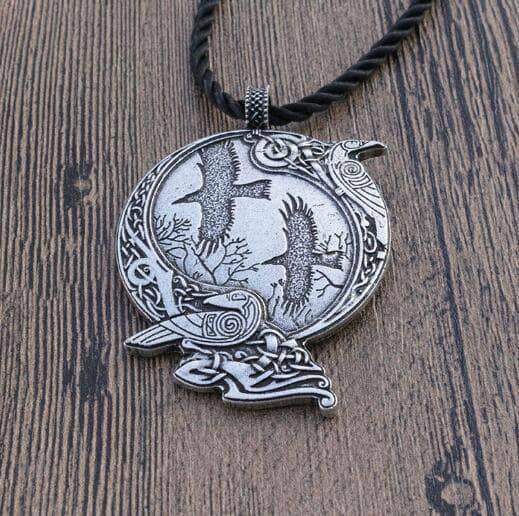 Ravens were the most associated symbol with the Vikings. The god of Odin, as mentioned earlier, also had to whip and feed the body of the slain.

The fact is that the raven is a cunning bird, and it is not difficult to see the movements of its head and black eyes. It looks as if they want to know everything about you. The famous god Odin was always met by two ravens called Muninn ("Memory") and Huginn ("Idea"). Every day these two traveled to all nine worlds, and when they saw or heard something unusual, they returned to Odin to tell him.

The Yggdrasil symbol appears in many ancient cultures' myths as a symbol of the connection of all things in the world. Nothing can die, and everything is endless and in a constant state of change. This symbol is not only one of Norse mythology's prominent symbols, but also an important symbol of Norse faith.

If you believe in Northern storytelling, the Yggdrasil or the Tree of Life or the World Tree is the great tree that combines nine words: Midgard, Asgard, Muspelheim, Vanaheim, Jotunheim, Alfheim, Svartalfheim, Niflheim, Helheim.

It is the central symbol that represents the interconnectedness of all things in the universe. Yggdrasil is a sign that life comes from water, the cycles of creation, and nature's essence. Therefore, this symbol is called tree life.

These symbols, until today, are loved by many people, the reason why there are shops that sell products in line with the Viking style. Accessories, clothes, and home decors created and inspired by the Viking theme will create a cooler vibe in you and your home. If you are interested in this, you can visit Viking Lair and shop for what you love!