Vagina Coach is the expert for leading-edge pelvic floor exercise programs for women at all stages of life. Get back to living life to the fullest!

Over 47K views of this Author’s content on Klusster.

Incontinence in CrossFit is a thing, and while there are things I really like about CrossFit, there are some things to keep in mind...

…accepting leaking urine as 'normal' or 'part of being the fittest woman on the planet' doesn't sit well with me.

Photo by jahir martinez on Unsplash

I first heard about CrossFit when a previous co-worker started posting the workouts on his Facebook page. CrossFit involves high-intensity strength and conditioning workouts called WOD’s – workout of the day – which could include anything from burpees to clean and jerks and pull-ups to double-unders.

Back then, CrossFit was gaining quite a following, mainly amongst men but in the last several years, it is increasingly popular amongst women.

Many people who come to see me for help with their abdominal wall and/or their leaking, have either been doing CrossFit for a while or have just started it. There is a new term being introduced called athletic incontinence which is when people leak only during exercise.  Some people were continent prior to CrossFit and others were not.  One study highlighted that more than 80% of CrossFit participants reported urinary incontinence (UI) and half of these reported moderate-severe UI, as compared with women who participate in non-CrossFit classes, less than half of whom reported UI with a small minority reporting moderate-severe UI. Exercises most associated with UI were jumping and weightlifting. 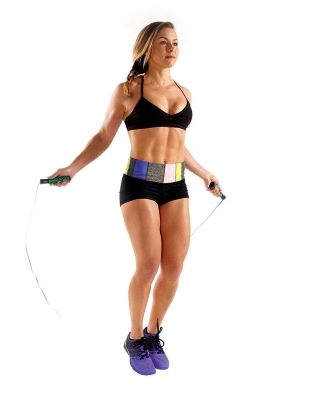 CrossFit is known for high intensity workouts and many of the exercises can be beneficial but the intensity is what can be problematic for some.  It could be the number of reps or the weight (resistance) used.  A recent study wanted to compare the prevalence of urinary incontinence (UI) before and during the COVID-19 quarantine in CrossFit women and their relationship with training level. The inclusion criteria were nulliparous women, between 18 and 45 years old, who had trained, before quarantine, in accredited gyms. The mean age of the participants was 32 years old and most (98.5%) could practice CrossFit during the pandemic. There was a decrease in training intensity in 64% of the respondents. Exercises with their own body weight, such as air squat (98.2%), were the most performed. Urinary incontinence was reported by 32% of the participants before the COVID-19 pandemic, and by only 14% of them during the pandemic. Practitioners reported that the reason possibly related to UI improvement was the reduction of training intensity and not performing double-under exercise. They concluded that the reduction in the intensity of CrossFit training during the COVID-19 quarantine decreased the prevalence of UI among female athletes.

The pelvic floor is a group of muscles, connective tissue and ligaments that support the spine and pelvis; this group of muscles help control your continence (when you pee, poo or fart); it plays a key role in your sexual health and helps keep your internal organs in place (the bladder, the uterus and the rectum). Important stuff!

The pelvic floor is your foundation and when it is performing optimally the spine and pelvis are supported, movement is anticipated, breathing is optimized, organs are in place and there is no leaking of urine.

CrossFit has many great exercises but the speed and number of repetitions (and sometimes the exercise itself) can compromise the pelvic floor in some. The challenge of the exercise (or rate at which it is performed) is greater than the pelvic floor is currently able to manage, so it becomes hindered in its ability to do its jobs.

A viral video demonstrated this very clearly and unfortunately sent the message that leaking urine during a WOD is not only “normal” but almost a badge of honour. It’s not.

Leaking urine is NOT normal.

It is a very clear indication that something is not working as it should and the signals will only get louder until you stop and listen to your body and do something about it.

If you leak, your pelvic floor has lost its ability to control the function of elimination properly. Keep it up and your floor may eventually lose its ability to support the bladder all together and it will start to protrude into and eventually out of the vagina (pelvic organ prolapse). It may happen gradually over time, but it can also happen in an instant during a box jump, a clean and jerk, or a ball slam to name a few. 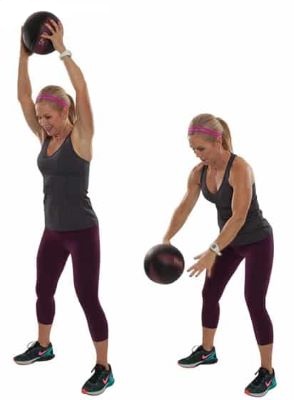 And it isn’t just CrossFit.

Any activity or movement or exercise that increases intra-abdominal pressure to the point where the core can't manage it, should be scaled back, or avoided while the core is retrained. CrossFit often gets a bad rap and an interesting study compared CrossFit with running and found that women, particularly parous women, who participate in running, have a higher prevalence of POP and AI symptoms than women who participate in CF. This suggests that CrossFit®-brand training might not be more detrimental to PFD symptoms than other high-impact activity, such as running. This study does not conclude a pelvic floor health benefit of one exercise over another, but highlights that exercise options can be provided to women.

Women give birth vaginally or by caesarean both of which can greatly impact the inner core. Many new moms are left with an unstable pelvis, diastasis recti (abdominal muscle separation) and some degree of nerve damage. At 6-weeks, a new mom is given a ‘green light' to go back to exercise which quite frankly I find irresponsible. Not all exercise is created equal and most moms who want to lose the baby weight and get their 'body back' will often choose boot camp style workouts and CrossFit is like boot camp on steroids.

Check out my series on my YouTube Channel on Diastasis Recti

I continue to say “mommy” and “boot camp” do not belong in the same sentence, and I caution all pregnant women and new moms to choose other alternatives for 'getting your body back'

I recommend every woman see a pelvic floor physiotherapist annually, even if you have no symptoms. I also recommend you learn to incorporate pelvic floor awareness into your exercise routine. The 28 Day Buff Muff Challenge does just that!

Do not accept leaking as 'normal' or something you have to live with or as a sign that you have reached the peak of strength. Listen to your body, scale back, modify, find a new strategy or a new exercise so you can manage the loads and the pressures and truly build a strong and confident body.

Talk To Us We are here to help

We are always interested in hearing from you with any questions or concerns.

Over 47K views of this Author’s content on Klusster.