Over 8.4K views of this Author’s content on Klusster.

4.8
494
By funtimes’ Video Compilation | Contact Author
over 3 years ago

James Corden belted along with Sia to sing Karokes and to get to know Sia better. Lets see, what Sia has got to say about her wig and past.

Sia has got a phenomenal voice that drown Corden voice, who is very much talented as well.

During the show, Corden asked Sia, "Why does he hide her face on the stage".Sia spoke about her swift rise to fame and decided wearing a wig. She said, "I only wear wig, when the cameras are around to maintain a modicum of privacy".

Sia continued: “I was a singer for like 10 or 11 years to mediocre success and I was an alcoholic and a drug addict and I sobered up and decided I didn’t want to be an artist anymore, because I was starting to get a little bit famous and it was destabilising.So I thought, what doesn’t exist in pop music at the moment? And it was mystery.” 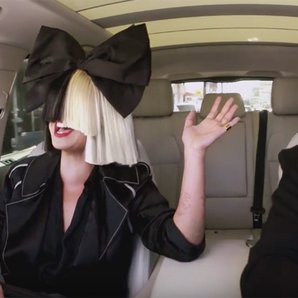 Later, the Late Late Show host, James Corden, asked Sia about her belief in aliens and slipped on a matching wig as a gesture of solidarity.

Over 8.4K views of this Author’s content on Klusster.