Over 347K views of this Author’s content on Klusster.

River Edge as a Baseball Town

River Edge is associated with baseball.

Mickey Mantle, and a number of New York Yankees of the 1950’s and 60’s made it there summer home.

These days an annual local highlight is the Vintage Baseball at Historic New Bridge Landing, this year taking place on July 9 when The Flemington Neshancocks will take on the Enterprise Club of New Bridge, in a period game reflecting baseball in the Civil War era.

And , of course, there is the longstanding presence and roles of Little League Baseball and R.E.G. A.L. softball in town.

Receiving less acclaim was the important role baseball played in the everyday life of folks in town.

Ed Herrick, a lifelong resident who was born here in 1896 recalled to the authors of the 1976 River Edge history, Musket, Anchor and Plow – The Story of River Edge, by Naomi & George Howitt, Arno Press.

“Before the automobile era, baseball was the big Saturday afternoon attraction, and practically the whole town came out to root for their team…

In those days, there was no recreation commission to provide fields and equipment. The players, themselves, constructed and maintained the field. They also bought their own uniforms, baseballs, gloves and bats”.

World War I brought a break as “all the players were in the service”. Afterwards, a group of players built a field where the Municipal Building now stands. According to Herrick, “There was a large rock right at the spot where the pitcher’s mound was located, which the boys removed by drilling holes in it and blasting it to pieces with dynamite”.

Those were days when folks before there were Yankee, Dodger, Giant & Met games on the radio and television. Now, such community spirit can be seen during the Summer when many turn out to cheer for their neighbors during the seasonal softball leagues down by KBG. 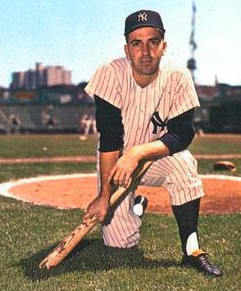 Over 347K views of this Author’s content on Klusster.