We are a financial services firm that offers a complete range of products and solutions for businesses as well as individuals and families.

Over 42K views of this Author’s content on Klusster.

Are the markets making you jittery?

Many worried investors have been making calls to their advisor in recent weeks. Is there cause for concern? Your burning questions answered.

Instead of losing sleep over the latest stock market news, it’s helpful to keep the bigger picture in mind

On February 5, 2018, the Dow Jones Industrial Average dropped 1,175 points, its biggest 1-day decline in history. Other major U.S. and Canadian indices also dropped significantly, creating a media frenzy. But it’s essential to put this volatility in context, says Sun Life Global Investment's Chief Investment Officer, Sadiq Adatia. “You can’t get caught up in the noise, negatively or positively,” he says. “If you have 2 pieces of a jigsaw puzzle, you don’t know what’s going on; you have to wait until you have more pieces to create the picture. It’s the same thing with investing and the economy.” 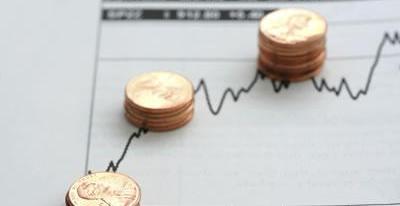 Why did the market dip?

Adatia says that the recent conditions signal a “pullback,” rather than a market correction. It’s important to note that the bull market for U.S. equities has been climbing higher for almost 9 years. High company earnings, strong economic growth and low inflation helped market indices reach record highs in 2017. As a result, declines in 2018 may appear more dramatic than they are, given the strength of the market. Since the depths of the global recession in March 2009, Standard & Poor’s 500 index (the S&P 500) has risen by nearly 300%, and the Dow is up more than 140%.

“If you are looking at a decline, you need to put that decline in the context of substantial returns,” says Adatia.

It’s impossible to pin down exactly why stocks took such a deep dive, but experts believe fear of higher interest rates, fear of inflation and high valuations contributed to the recent volatility.

The effect of higher interest rates

In the U.S., the Federal Reserve left interest rates unchanged after its most recent meeting in January, but market-watchers are expecting 3 rate increases by the end of 2018. At home, the Bank of Canada raised the interest rate this January to 1.25% from 1.00%. Interest-rate hikes worry investors because higher interest rates affect consumer sentiment, which measures how confident people feel about their financial health and the state of the economy as a whole.

“Our 2 biggest problems in Canada are high consumer debt levels and an overheated housing market,” says Adatia. “A rate hike affects both of these things, and both of those things affect consumer sentiment.” Consumer sentiment drives spending. When consumers are more in debt or are concerned about the economy they spend less, and this reduces corporate earnings.

While some market experts blame the market decline on overvalued stocks, Adatia says the fundamentals of many stocks – the information analysts use to assess the financial health of a company or stock or other security, such as revenue, growth or liabilities – are still sound for the most part. “We saw a lot of volatility (the week of February 5th),” says Adatia. “However, the fundamentals are still pretty good, so I wouldn’t call it a correction, but rather a pullback.”

Inflation has been relatively low for such a long time that investors are concerned that a change is overdue. A hike in inflation would affect both consumer sentiment and company earnings. While consumer prices will likely start rising shortly, fuelled in part by strong U.S. employment numbers, Adatia says a sudden spike is unlikely because the Fed plans to manage it by raising interest rates this year.

What to do? Keep calm and carry on

Don’t get bogged down by the business news headlines. Instead, if you are nervous about how your investments are performing, speak to your advisor. “It’s not a bad idea to go back to your advisor if you’re nervous and re-test your risk tolerance,” says Adatia. “If you’re nervous, then say something, and perhaps you can readjust your portfolio to something more conservative.” If you don’t have an advisor, then now is a good time to consider finding an advisor. Advisors can assist you with your investing goals and help answer your questions during times of volatility.

It’s important to remember that while your investments may have lost some value, it’s a paper loss: Your loss will only become real when you sell them. That’s why your best move may be to ride out the storm, as stock prices will likely rise again. In fact, the major indices have already begun rebounding from the decline earlier this month.

The stock market is volatile. When the next major decline happens, as it inevitably will, the best advice is to stay calm, keep the figures in context, and call your advisor if you have concerns. Speaking to your advisor can help you understand how current events may affect your long-term goals, and clarify and confirm the wisdom of having a long-term strategy.

Talk to an advisor:

Over 42K views of this Author’s content on Klusster.