Our patients are our first priority and developing an open and trusting relationship with them is the central philosophy upon which our practice is built.

Over 7K views of this Author’s content on Klusster.

To floss or not to floss? Proper flossing and brushing habits using correct techniques, a healthy diet, and regular dental care all add up to improved health.

Do you remember how you felt last summer when you first heard the news about flossing?

That headline blared out at us ─ Medical benefits of dental floss unproven.

As dental professionals, it went against everything we had known, and was especially confusing to our patients at Dentistry in Waterloo.

Every day at our dental practice, we are pleased to see the improvements to many of our patients’ teeth and gums. Most of them floss regularly and thus have reduced plaque buildup, lower instances of cavities, gingivitis, and gum disease.

That’s why we were shocked to hear that the Associated Press published an article which at face value is misleading at best. It claimed that due to “weak evidence”, flossing is not a proven effective method to improve oral health.

Digging a little deeper we discovered that the story focused on the unreliability of the studies themselves (length of study, and quality). Yes, the flossing research studies were shorter term and had unreliable and weak methods, which we agree resulted in flawed results.

As many dentists and patients have witnessed for decades, quality studies on the benefits of flossing regularly, has not been a research topic priority for universities and floss companies. Most dentists recommend flossing regularly as we stand, which in turn takes away the incentive for spending millions of dollars on research for something they do not feel they need to prove. In addition, getting accurate results can be a challenge as people tend to alter their behaviour when they are being studied.

Dentists have relied for years on shorter term studies that show the risks of not flossing.

According to Florida periodontist Dr. James Wilson, the story about flossing’s lack of proven effectiveness could be misinterpreted:

“Unfortunately, what many take from the article (written by Mr. Donn) is that a “lack of evidence” is somehow proof that flossing has no benefit. As in, no flossing is better than flossing if the evidence is not high quality. The bottom line is that a lack of high-quality evidence is not proof of ineffectiveness, especially when there has been little effort to obtain “high-quality” evidence,” said Dr. Wilson

Dr. Larry Levin, vice-president of the Canadian Dental Association said he's seen the value of flossing over more than four decades of dentistry practice in Hamilton, Ontario. "Flossing is the only material that will fit right in between two tight teeth and it will go in between to clean them," said Levin.

How does flossing help?

Flossing at least once a day removes plaque and bacteria, which helps prevent plaque from hardening. Plaque, an invisible bacterial film that develops on teeth every day, is the main cause of gum disease.

The hardening process of plaque can start even within the first few hours of eating as it starts to absorb minerals in foods and saliva. In general, the mineralization process starts in the first 24 to 48 hours if the plaque is left uncleaned. Once plaque fully hardens into tartar (calculus), it leads to inflammation of the gums causing gingivitis. If left untreated for a prolonged period, it can progress into periodontal disease, at which point bone loss occurs and it is irreversible. The inflammation caused by periodontal disease is thought to be closely linked with systemic health complications such as diabetes, heart conditions, and rheumatoid arthritis.

We at Dentistry in Waterloo will continue to encourage our patients to keep flossing because the benefits far outweigh the risks. Proper flossing and brushing habits using correct techniques, a healthy diet, and regular dental care all add up to improved oral health, and better overall wellbeing. 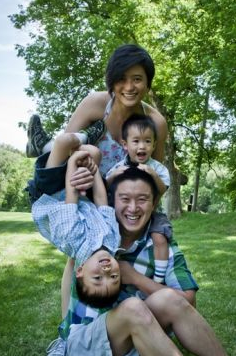 Over 7K views of this Author’s content on Klusster.