Over 5K connections made by this author in Klusster. Get started today and reach more people through the power of together!
Join Klusster

4.5
259
By Alder Creek Inspections and Consulting | Contact Author
about 2 years ago

High ozone shock treatment or sometimes ozone blasting, is a highly-efficient and cost-effective process of removing all sorts nasty things in your home.

Known as high ozone shock treatment or sometimes ozone blasting, this is a highly-efficient and cost-effective process of removing all sorts of odours, as well as killing mould, vermin, viruses, bacteria, and other microorganisms that may pose a health hazard for those living inside.

This treatment makes use of an ozone generator that creates lethal levels of ozone in an enclosed environment, oxidizing all of the previously-mentioned microorganisms for several hours before they are finally eliminated.

What Can It Do?

These shock treatments are extremely effective at sanitizing. As a gas, ozone is able to infiltrate every square inch of an enclosed environment and eliminate all biological pollutants such as viruses, fungi, and bacteria. It is able to achieve this because of the ozone's strong oxidizing properties.

For this exact same reason, ozone treatments are good for removing persisting odours from a room, such as smoke, tobacco, mildew, pet smells, cooking, rotten or fishy smells, among many others. It does this by coming in contact and oxidizing/destroying the sources on a molecular and atomic level.

Dust mites, pollen particles, and other such allergens are also removed in the process. Volatile organic compounds (VOC) and other chemical pollutants such as methylene chloride, benzene, radon, or formaldehyde are, likewise, subject to oxidation and are removed in the presence of ozone.

Ozone treatments are also used in cases where indoor environments have been seriously affected by all sorts of disasters such as fires, floods, or tornadoes.

What Can't It Do?

For its many benefits, ozone treatments are still a broad-based sanitization technique that is able to destroy most chemical and biological pollutants. It cannot, however, erase dead mould from surfaces. It will have to be physically removed after the treatment has finished. Likewise, the cause that facilitated its growth, such as moisture, will also have to be fixed so as to prevent its reappearance. 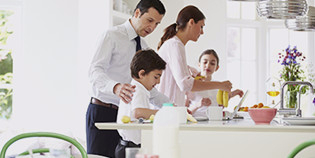 Family Health and Well Being

During one such treatment, most insects and other pests will be forced to leave the building, but nothing will prevent them from returning once the ozone has dissipated. Ozone blasting is effective at eliminating chemical and biological pollutants but it will not eliminate any stains that were caused by them. This applies to carpets, clothing, bedding, window coverings, upholstery, and other fabrics.

We are always interested in hearing from you
Over 5K connections made by this author in Klusster. Get started today and reach more people through the power of together!
Join Klusster