If you are looking to buy unlocked gadgets and looking for information about it, then here is a solution for you.Check out here the best tech products.

Everything You Need To Know About Huawei Phones

On the other side, Huawei has never had a huge impact in the United States, yet it has managed to become one of the world’s largest smartphone manufacturers. Under the Trump administration, the US government has imposed strict restrictive sanctions on Huawei. Due to which it has become quite impossible for Huawei to conduct even the basic business functions in The US.

However, Huawei Unlocked Cell Phones are still in the market and giving good competition to competitors. In this article, you will get an insight into Huawei and its products.

Its smartphones were mostly under its Ascending brand. But in 2015, Huawei discontinued its Ascend line and determined its focus on launching its new flagship P-series, which started with Huawei P8. Along with that in 2015, for the first time, Huawei broke into the US market with Google Nexus 6P. It is a smartphone that was designed and developed by Google but manufactured and produced by Huawei. But due to its close connections with China, Huawei was never able to develop a foothold in the US.

In 2016, Huawei bragged that it would become the largest manufacturer of smartphones in the world. And in the second quarter of 2020, it practically achieved it by selling more phones than Samsung. Perhaps, Huawei cannot grow outside China as it got banned in most of the countries.

As long as android has been established, Huawei has been creating Android Smartphones. The company has launched a huge variety of smartphones in recent years. Though most of the lines of Huawei smartphone lines are discontinued yet there are some new lines ready to take up the game. Following are some of the lines which are taking Huawei to new standards. 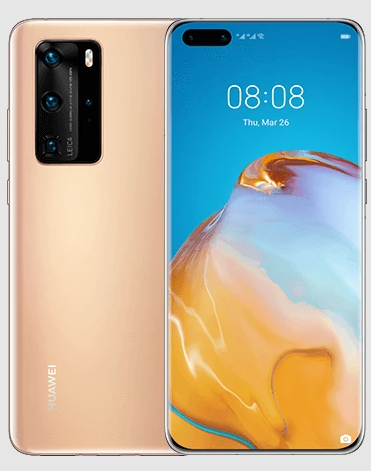 The P- series range of Huawei smartphones is quite analogous to the Samsung Galaxy S line. A P-Series phone will be the best for any user until the user needs any kind of special feature or is looking for a business-oriented smartphone. The recent addition to this P-Series is Huawei P40, P40 PRO, and P40 PRO PLUS. All three phones have flagship features and are incredibly powerful hardware-wise.

The Huawei Mate series is similar to Samsung Galaxy Note Line. It is considered to be as most powerful, innovative, and expensive Huawei smartphone. The recent smartphone launched in this line is Huawei Mate 40 PRO. They are similar to the P40 series. Though some internals and design make it more of a superior device.

The Huawei Y-series is more of an affordable range but still offers decent features and specs. It is alike to Samsung Galaxy A Series. The recent addition to this series is Huawei Y9a. It looks a lot like Huawei Mate 40 Pro along with that featuring a similar camera module. Yet the camera hardware has poor performance and the specs of the phone are accurate.

The nova line is quite similar to Y-series. It is less expensive than the flagship phones. The camera system in Nova has better performance than Y-series. This helps in attracting the younger audience for whom the camera is one of the crucial aspects before buying any smartphone.

Honor is an entire brand of smartphones under Huawei. It markets its phone, especially for young buyers. It is a mid-range category phone line. The most recent addition to the honor line is Honor 30 Pro Plus. This phone carries specs and elements from Huawei P40 Pro but in a lesser price range. It also creates non-smartphone products like Watch GS Pro and Honor MagicBook Pro. All of the products are quite similar to Huawei brands.

The main source of revenue for Huawei is from its telecommunication products. But outside of this revenue stream also the company creates a lot of other electronics. Following are some of the electronics, supplied by Huawei.

Microsoft ( a US-based company ) is allowed to work with Huawei but only under certain circumstances. Due to which Huawei can continue developing windows based laptops. Recently Huawei launched Matebook 14 (2020) which is quite similar to Apple’s line of Macbook. Along with that Huawei launched MatePad pro in the tablet market which was initially an iPad Pro competitor but with great specs and decent prices.

Smartphones and audio products are the two main wearable lines launched by Huawei. The recent product in the smartwatch line is the Huawei Watch GT 2 Pro which is a little upgraded version of earlier watches. On the other hand, Huawei FreeBuds pro is truly wireless earbuds that look like Apple’s AirPods Pro. But the best feature of these earbuds is exclusive to its phones.

Along with smartphones and accessories, it also manufactures white label products. It means that those products are created by the company but are sold by other companies. From wireless routers to USB hubs to modems, Huawei creates everything.

The biggest difference between Huawei Unlocked Cell Phones and other brands phones is the lack of access to Google apps in Huawei smartphones. That can be the key element to drive a lot of consumers. Along with that, there are three major aspects of Huawei devices terrific camera system, proprietary hardware, and multi device integration that makes them stand out in the competition.

If you want to buy Huawei Phones you have to visit our website to buy your favorite cell phone.