Stay informed about all the conferences happening in 2017 and find out check out what some of your favorite Keynote speakers are up to.

Over 98K views of the content in this Blog.

Canada's Largest Social Media Conference is for beginners and experts, including all sectors of the economy, education, government, small business, large business, and non-pofit . Whether you are new to social media or an expert, we cover social media marketing, digital marketing, e-mail marketing, sales, comunications and more. The Social Media camp attracts a broad spectrum of delegates to the conference and people come from all over North America.

Sharing ideas, collaborating, networking and building partnerships with amazing people is what the conference is all about. This year’s theme – Social and the Imagination Economy.

Ian Cleary - RazorSocial.com - Blogger Ian Cleary is based in Ireland and has built up a global reputation as one of the top social media and content marketing marketers around the world. Prior to Ian working in Marketing he had 15 years experience working in the software industry where he found his passion for technology which is evident in much of his work. His blog, RazorSocial.com, is consistently listed as one of the top social media blogs worldwide ranking as one of the top 10 in the annual Social Media Examiner blog awards four years running, from 2012 to 2015.Ian’s work has been featured on some of the top leading online business and marketing publications including Forbes, Entrepreneur.com, Social Media Examiner and VentureBeat. As a respected thought leader in marketing technology he partnered with VentureBeat to deliver an extensive report on the use of marketing automation tools within businesses, and was also asked to contribute regularly to Entrepreneur.com where his articles are always well received.

Rory Capern is the Managing Director of Twitter Canada. He oversees Twitter’s Canadian operation, leading teams focused on areas such as media partnerships, marketing,communications, research and sales. He is a member of the organization’s global leadership team, working alongside other Twitter country leads and top executives. Prior to Twitter, Rory has spent the better part of the last two decades in Canada’s digital media and technology sectors. He ran the Partnerships team at Google Canada, responsible for bringing the full breadth of Google’s products and services to Canada’s largest partners. Beyond Google, he’s spent most of his career in Sales and Business Development for companies like Microsoft, Torstar, and Bell Canada.

Ramona Pringle is an interactive producer, professor, and expert in digital culture. The Creative Director of Ryerson University’s Transmedia Zone- an incubator for the future of media- and head of her own production company, she specializes in digital multi-platform production. Ramona has developed and produced work for CBC, TVO, CTV and PBS where she worked as interactive producer on Frontline’s Digital Nation. Named one of the “10 To Watch” of 2013 by entertainment trade publication, Playback, Ramona is writer, director and executive producer of Avatar Secrets, a feature-length POV documentary developed for the iPad and featured in Mashable and The New York Times. Ramona is a faculty member in narrative and digital media at Ryerson University’s RTA School of Media and the editor-in-chief of rdigitaLIFE. 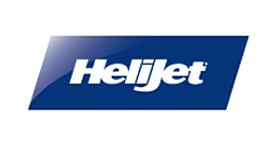 Get Listed With Us