QwikFone is one of the first companies to provide 360° mobile solutions in the UK market.

How Can One Measure Phone Cost After Replacing Its Parts?

How much should a refurbished smartphone cost? Determining the phone replacement parts cost can help you come up with a better resale value for an old device.

The cost of a brand-new smartphone these days doesn’t come cheap as brands like Apple and its rival Samsung sell their premium devices for more than £1,000. Although splurging on these high-end gadgets can mean better function and longevity, they may not be for everyone. As a matter of fact, according to a study conducted by CCS Insight, 60% of smartphone users in the UK are considering buying refurbished mobile devices next time as the availability of replacement parts for mobile devices are making it easier for repair shops to offer second-hand units at cheaper prices.

What is the Cost of a Phone after Its Parts are Replaced?

You’re probably considering repairing or refurbishing your old smartphone in order to sell it afterwards. This is not a bad idea given that there is a market for such devices. After all, not everyone is keen on splurging on premium mobile phones these days as most people are tightening their belts as times are becoming tough.

One way of determining the value of a smartphone after its parts have been replaced is to take a look at the phone replacement parts cost. This depends mostly on the parts that need to be replaced and the brand. Just to give you an idea on the existing cost of phone parts if you will bring your smartphone to its manufacturers, take a look below.

The phone replacement parts cost will usually vary depending on the quality of the parts. Check this out how much can be spent for a particular replacement part. Fortunately, buying from certified sellers can ensure that the items you will be getting are OEM which can help keep the device functioning properly.

A Brief Timeline of Cost of Cell Phones

How much were the phones back in the days?

Taking a look at the history of mobile phones and their retail prices can give you a better understanding on how much refurbished models will cost. Here’s a brief timeline for you to consider.

Today, the current prices of premium mobile devices range from £700 to £1,500 depending on the brand, model, as well as their functions and features. Based on the timeline, you can see how the design of the cell phone has changed over the years and how they were priced too. It should not come as a surprise that mobile phone manufacturers will want a hefty price tag for their creations.

Determining the Total Cost of Owning a Smartphone

Knowing the phone replacement parts cost is just one factor when you are figuring out the value of your smartphone. Another is figuring out what the total cost of owning one is which includes the mobile phone deals that you are using. Unfortunately, this can be a bit complicated since you have to take into account the tariffs, the cost of the device upfront, rental charges, cashback offers, as well as offers for line rentals.

To make things simpler, there are several factors to consider:

Normally, the total cost of your phone ownership will be roughly between £500 to £1,000 if you are using a contract that runs for 24 months. You can divide this number into the number of months to determine what your effective cost for each month is which is basically the amount you are handing over to your carrier.

How to Save Money on Your Mobile Phone 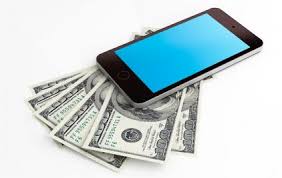 How can you save on your mobile phone?

Most of us are overpaying our mobile phone carriers as we barely look at the monthly fees that we are paying. But since you are here wanting to know the true value of your device after taking into account the phone replacement parts cost, you might want to take steps to reduce your spending on it.

Aside from replacing your old device with a refurbished unit, you can also consider the following tips:

Can You Still Save when Upgrading Your Phone?

The phone replacement parts cost and using it to repair your phone is typically cheaper compared to buying a brand-new device. However, if the damage to your device is going to cost you more, then getting a replacement mobile gadget will be more beneficial to you. Fortunately, there are cheap cell phones out there which you can find with these steps:

Knowing the cost of your smartphone after replacing the damaged parts usually starts with knowing the phone replacement parts cost especially if you will be the one to do the repairs. Aside from that, you should also take into account the mobile phone deal that you are using to determine if you are saving more or are losing money in the long run.