Over 42K views of the content in this Blog.

This is just the beginning, and that's the GOOD news!

What we can expect over the coming weeks and months as 2020 draws to a close...

August 28th, 2020 - Sun in Virgo, Moon in Capricorn: The earth element will be strongly represented today!

Virgo, being the last sign of the summer season is all about adjusting and transforming from the long days and extended hours of daylight in the summer to the longer evenings and more hours of darkness that we experience in the fall.

Although the flair and the flamboyance of the proud and entertaining Leo is now mostly gone, we can still enjoy the unusually hot and sunny days of late August, getting busy and preparing for the usual transition at the seasonal shift point.

We’ll be celebrating a New Moon in Virgo on Sep 17th and the fall equinox on Sep 22nd, in less than a month from today. Will we see a bigger change as we shift into the more sociable season of the year which brings social responsibilities, commitments and cooperation into focus for the next 3 months?

Jupiter and Saturn will be returning to their forward movement in the skies in September and Pluto will also shift into forward direction in early October.

The big transition that started in early 2020 will get its second wind and there may be a stronger push towards carrying on with the changes and completing what began about 8-9 months ago.

Imagine changing jobs, getting married, becoming a parent, selling your house and moving to a different location and maybe investing a large sum of money into stocks for the first time in your life, or any other combination of several, life-altering events, happening in your life, nearly simultaneously, all within 12 months...

It can feel like there is no time to decide which event should get more of your attention, or for you to consider the long-term implications, of each of these events and decisions.

You either cross your fingers and try to fly by the seat of your pants, hoping that the total chaos will eventually come to an end. Or you pack up, and run for the hills, afraid of facing what may come next...

All of these events are huge game-changers, with potential long-term commitments, implications, and consequences.

This ^^ is roughly how I could describe the experience of 2020 from its early days up until now.

I think “commitments” and “responsibilities” are two big keywords that can help us navigate through the turbulent weeks and months ahead as we are slowly transitioning between the old and new realities.

Collectively, we have helped build a social and economical structure which has grown well beyond its limits and its capabilities to sustain not only itself but, more importantly, the grand illusion of a lifestyle which we all have grown accustomed to expect and to enjoy during the closing years of the previous century and even more so in the first two decades of the current one.

The tough reality scenario has been knocking on our doors for more than a few years now, reminding us that all our human activities, including cycles of economic growth, are subject to the same universal rules which govern our existence within our grand solar system. 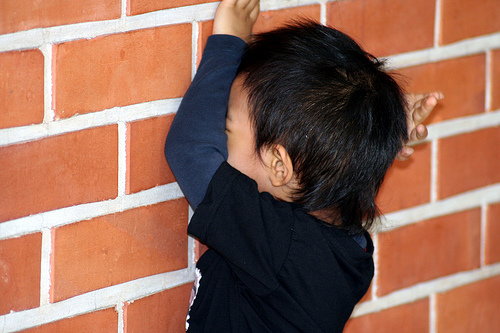 Hitting a brick wall at full-speed and running into limits, restrictions and boundaries of Saturn can be a sobering experience for some. It can also be quite painful, terribly disappointing, and totally unexpected, for a lot of the modern western societies, who have enjoyed steady growth, and almost uninterrupted progress, for the last couple of decades. Progress, which seemed to be on an upward climb for a long time, supported by an almost bulletproof financial structure, and global economy politics, which appeared to have become immune to even the long-term shifts and inevitable changes in consumer demand and spending habits.

The virtual dream of a self-propelled progress, with continuously climbing stock market indexes, and endless growth of profits, has reached its reality checkpoint, with all the unpleasant consequences of this encounter, that most of us experienced in the first half of 2020.

This is just the beginning!!

We have experienced, and survived, similar reality-altering events and circumstances over the last 50 years, with relatively moderate losses and just a few battle scars.

But, these new winds of change may prove to be much stronger and more persistent than the Universe’s previous attempts at restoring balance and equality on Earth!

This transition won’t be an easy one if we choose the path of responsibility which, by the way, also includes our responsibility to the Earth and her natural resources, the animal kingdom, the quality of the air we breathe and the cleanness of the water we drink. It’s time we took the idea of our “ownership of the planet” much more seriously and treat it as an “equal partner” capable of sustaining life on its surface but also needing our full cooperation and our responsible approach in order to continue.

An alternative choice, which essentially comes down to our continuous denial and stubborn resistance to change for the sake of buying ourselves a bit more time of living in the fool’s paradise, may actually be more devastating if we dare to consider a long-term scenario. Short-term pain for long-term gain is a phrase we like to toss around often but we rarely apply it in our lives unless we are forced by circumstances well beyond our control.

And, by the way, “commitments” and “responsibilities” are not necessarily all about following the health and safety guidelines of our local and federal authorities, and we will leave the debate of whether or not this is the best course of action out of this article.

Becoming socially responsible may actually translate to us becoming more involved in our local communities and in the ways that these communities function and operate on a daily basis.

If the federal system becomes overburdened and overloaded with its financial commitments in its attempts to maintain law and order across the nation, we could witness a surprising shift of social and political power, away from our centralized government system and into the provincial and possibly even municipal levels.

This may seem impossible and well beyond our wildest imaginations at the moment, but we are living in unusual times with our physical reality becoming more fluid-like, continuously shifting and morphing. So, we may actually get another shot at what seemed very possible socially and politically in the 60s, but what ended up being squashed or driven out of town by those who felt threatened by the possibility of vast social changes that could have helped create an attractive alternative to what was developing behind the Iron Curtain in Eastern Europe and in a few other corners of the world during that time.

Photo by Tegan Mierle on Unsplash

Today, about half a century later, we are likely to be more interested and motivated by a more equitable distribution of wealth, and by the creation of a sustainable, local economy, where the money we spend will strengthen local businesses, manufacturers, and food growers, or the person next door. This in turn would create more local job opportunities, with workers seeing a direct connection between the work they do and its impact on changing and improving the quality of life within our own communities.

Wouldn't that be nice?

Its really up to you to create the reality you want to live in.

Knowing that if you chase the money, and you already have enough money, you are going to sink to the bottom of the ocean, with the rest of us in tow.

Isn't it about time we all play fair, and play kind, from the heart?

Reach out if you have any questions