Over 60K views of the content in this Blog.

Get inspired, have fun, meet new people. Momondays is where you meet the nicest people. Join us for speakers, stories, entertainment and prizes.

Wayne Kuhn is from Kitchener Ontario and is married to Suzanne Saunders. Together they have 5 adult boys and 5 busy grandchildren. Wayne has been a Real Estate Broker for almost 30 years specializing in residential and first time small investors who want to build their wealth through real estate. Wayne is enthusiastic about life and brings this energy and passion for life to everyone he meets.  Wayne learned that he can live life as he was taught being average with average thoughts and when he passes on, people will honor his journey. However, when he stopped and asked himself "what do I really want"?, he found a whole new world of opportunities and a passion for something that gave his journey meaning and purpose. He had a lot more in him than he realized and average was over rated.

When you resist failing you don’t play full out, you don’t dive in and take the opportunities and risks that will propel your business forward. But when you surrender and let go, you lose that heavy, serious energy. Then laughter and a playful energy shake things up and you get back into who you are; you tap into your creative juices and that is the sweet spot for your business. If you’re creative and you’re lit up—boom! You’re gonna rock it!

Craig Herner has been a resident of Waterloo Region all his life. He has seen the Region grow and has made it a mission to make it a better place for as many as he can. Through some intense volunteer work over the last several years, Craig has given back thousands of hours of his time, and has changed lives in the process.

The latest volunteer venture Craig has taken on is Hockey Helps the Homeless Kitchener-Waterloo, a national charity that holds annual tournaments in various cities and universities across the country. This being the fourth year in the K-W area, $356,000 has already been raised in the first three years for five local homelessness agencies.

When Craig isn’t volunteering, he is running his business, Ultimate Vision Web & IT Solutions. Many days it feels like volunteering is the important task out of the two. 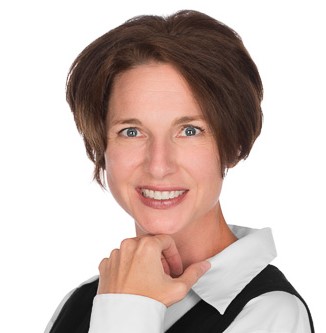 Danielle Joworski is an Author and Awakening Catalyst. Her award-winning book, The ATHENA Prodigies: Empowering Women Empowering Girls, helps to connect Mothers and daughters to themselves, each other, and their leadership mindsets so that they see, feel and BE the leader ~ Heroine ~ of their life story. She is married with two children, a dog, and a closet full of shoes.

Danielle was always drawn to pretty things growing up, but felt like they were out of reach, or she was unworthy of such things. A turning point came when she was inspired by the fun other women were having expressing themselves. What began as a step forward in discovering who she is, Danielle learned how to raise herself, and others, to heights she had never imagined.

To buy tickets to our next momondays show, click here.

William Wallace has been an actor, prison teacher, body bag salesman and art director. He now brands companies. He’s spoken internationally on the importance of branding and worked with a diverse clientele. He founded the local chapter of 100MenWhoGiveADamn.org and helped start chapters in Dallas, Chicago, Los Angeles and Newmarket. He believes his taste in music is the best. Bar none.

Pain is part of all of our lives. Pain was an almost constant in William's life from birth to 17 years of age. But it was what happened after his many operations that truly caused the scar tissues that almost ended his life. Then he found a way to deal with the hurts – by looking outward, rather than in.

Just as she was reaching the pinnacle of her success, Lisa Dadd discovered she had no idea what that meant. Realizing she had been chasing someone else’s dream, without much joy in it for herself, she made a split-second decision that forever changed the course of her life. Reflecting back on her youth, Lisa recounts the milestone moments that lead to her mid-life awakening and shares the negative consequences of being labeled the “smart kid”.

After obtaining a Master’s degree in Sports Medicine, Lisa entered the corporate world of healthcare. She spent 15 years in sales, marketing & management roles before abandoning the corporate life to find more meaning, purpose and fun. She wrote about the experience in Finding Fabulous: Paving the Path Between Paycheck & Passion and now speaks, writes and consults on career and lifestyle redesign.

Pat Maloney is a Canadian songwriter, a storyteller, and a serious whistler. He’s a concerned citizen, with a busted acoustic guitar and a fake bass drum. He’s a too-tall, Ottawa ex-pat, singing songs as meaningful as he can muster, with a healthy, self-defaming sense of humor.

Don't forget your tickets!!!  Click here to get them.  See you all there.