Over 59K views of the content in this Blog.

So many of us are looking forward to a wonderful weekend...away from work, and time for play, fireworks and sports in and out of the water.

Here are some interesting facts

Niagara Falls is one of the seven wonders of Canada. Most of us are well aware of this, however, did you know that the Falls at Niagara are about 12,000 years old? Annie Taylor, the “Queen of the Mist” and a school teacher from Bay City, Michigan, was the first person to travel over the Falls in a barrel on October 24, 1901.

Hopewell Rocks, located along the Bay of Fundy in New Brunswick, is home to the highest tides in the world. The Bay of Fundy is also one of the seven wonders of North America. It features the highest (and lowest) tides, rare marine life, as well as semi-precious minerals and dinosaur fossils. If you visit during low tide you can literally walk on the ocean’s floor. 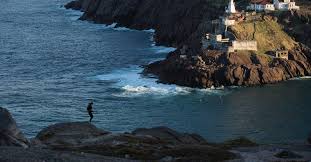 It’s one of many picture-worthy excursions in the region.

Did you know that Newfoundland is home to the first Viking settlement site in North America? - Shutterstock

Canada, eh. The Great White North. The True North strong and free. It’s a place where we embrace milk in bags, toonies, toques, poutine, oh, and ketchup chips. And you can pay for it all with your Canadian Tire money (well, not really, but you get the point). Did you know Canadians invented insulin, the paint roller, the sport of basketball, and even the goalie mask? Who knows, maybe the next great Canadian invention will be thought up while relaxing on a Muskoka chair up at the cottage, sipping a Caesar and enjoying the great outdoors.

Here are some fun facts about Canada you may not know!

If you haven’t witnessed the glory of the Falls in person, you should absolutely put it on your travel bucket list.

The Rocky Mountaineer train takes you through the breathtaking Rocky Mountains from Vancouver to Lake Louise, to Banff and even Jasper, Alberta. The highest peak in the Canadian Rockies is Mount Robson in British Columbia, at 12,972 ft.

Explore the Rocky Mountain National Parks in all their glory. Don’t forget your camera.

Here is a link for  all articles written above