Riviera Beach - Some Basics before we Journey Together

Driving through you sense there is more to the place than the businesses along Smallwood Road, and the homes between Smallwood and the water. You feel it.

But a basic google search is not helpful. But lot's cover that aspect so we can go further together.

According to its Wikipedia entry "Riviera Beach is a census-designated place and a neighborhood within Pasadena in Anne Arundel County, Maryland, United States. The population was 12,677 at the 2010 U.S. census"

Interestingly, to anyone not from beyond the community, says Wikipedia,  natives do not pronounce the name the way it is spelled. Rather, it is pronounced as "revere-uh", as in Paul Revere. It is also called "The Beach" by people in and around the area especially those who live on the abundant water front. 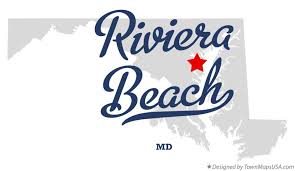 Now, having covered the basic, let's start to journey into Rivera Beach  together....