Some time ago we came upon an interesting book. It paid tribute to New York City’s vanished and threatened shops, bars and restaurants, but it also made us think of River Edge.

“Store Front: The Disappearing Face of New York” (Gingko Press, $65) was described in a recent newspaper account as “a nostalgic photographic tribute”, documenting what has happened to important neighborhood businesses – and by extension to the communities they were part of.

New York’s last Howard Johnson’s Restaurant, late of Times Square, and the M&G Diner on West 125th Street with its sign “Old Fashion’ but Good” are but two examples of the many storefronts photographed for the book.

Though not as universally known as the old Howard Johnson’s at the “Crossroads of the World”, River Edge too has had its share of landmark establishments – at least so considered to those who have lived here long enough to know and care.

Inspired by the N.Y.C. book, we stopped to contemplate what a local version of “Store Front” might have included.

Very few pictures of our River Edge stores ever existed. Other than perhaps some artifacts at area historical societies, it is likely that what few images might have survived would, in fact, be found in photographic archives of long-standing local news publications, and therefore, unavailable for these pages . As a result, we are left to remember these once special places in words and in our imaginations.

Probably the biggest and best known storefront was the former Huffman & Boyle building (later Huffman-Koos), a fixture known both to locals and those beyond. At its prime, it was well-regarded for selling quality furniture when that still meant something.

This standard of quality could also be seen by extension in the store’s physical surroundings. It was immaculately maintained, starting with its appearance from the outside. Well-manicured shrubbery and entrance ways. Clean sidewalks. A welcoming atmosphere. Its famous neon signs were always lit. The place is still fondly remembered for how it was dressed up for Christmas season - its decorated tree at the corner of Main Street and Route 4 as well as its clock (that actually told citizens the time) surrounded with a wreath. Owners and landlords cared about the grounds and the neighbors back then, and it showed.

Huffman & Boyle, though, was just the anchor for a number of smaller but impactful neighborhood stores that together made up “The Cherry Hill Shopping Center”.

Some of the stores there remain icons years and even decades after they serviced customers for the last time.

For example, there was Manor Pharmacy with Sid, Joe and George behind the counter. It was a Pharmacy, but it was also a town square of sorts too. It sold newspapers, magazines, and cigarettes, candies and medications, but it is probably best recalled for being a welcoming, reassuring place where everyone knew your name long before there was a bar named “Cheers”. In later years Damian held down the fort, remodeling and adding gifts to his stock. To the end it remained an important place to many – highlighted by its companion neon signs that now lie in storage in a basement in town.

There were others – the likes of the Deli which was actually a pre-supermarket era grocery store. The guys behind the counter there were famous for calculating the tab by hand - they rarely used a cash register. It was also home of a wicked German potato salad and a famous German herring salad available only for Christmas and New Years.

The Cherry Hill Luncheonette served up the best authentic burger, fries, coke and jello on Main Street before and after MacDonald’s arrived in the early 1960’s. In later years it was replaced by the Villa Capri and other Pizza joint variations.

Thrift City Stationeries equipped school children for many years. During the first week of school there were lines outside the door. “Wolfie” presided, and would keep traffic flowing in the midst of parents comparing notes in the aisles about the first week of classes at school.

Emil’s Barber Shop cut hair for 75 cents ($1.25 on Saturdays). Schmidt’s bakery served up homemade breads, cookies and cakes. And, let’s not forget the Hardware store that helped bail out homeowners in distress with a good dose of hometown neighborly caring along with the practical tools and solutions to get the job done.

Anchoring the shopping center at the other end was the A&P (later Foodtown) at the corner of Main Street and Kinderkamack Road. One can still smell the freshly ground A&P coffee. The building also sported a ramp that was lots of fun for kids riding in shopping carts.

Beyond the Cherry Hill Shopping Center, other fixtures in the south end of town included Artie’s Barber Shop (just across the train tracks on Main Street, and now site of the shoe repair shop), Jay’s Fish Market in the old (and long demolished) North Hackensack station, and Max Eberle’s Swiss Ski Shop on Johnson Avenue. A special shout-out is in order for the Village Inn (now ), which then was an unofficial Borough Hall. John Thompson, longtime town clerk, was among those who could be seen regularly at this place famous for its tavern pizza. Speaking of pizza, Pizza Town survived at the corner of Main Street and Hackensack Avenue for a long time – right there across from the notorious Bergenfield Auto Parts Junkyard.

Finally, one most interesting business in the south end of town was something called “The Minute Mart”. It opened in 50 years ago right next door to Topps Cleaners (later who then occupied that entire building on Main Street). Novel for its time, The Minute Mart was a convenience store before such things really took flight. The business did not last long, though, as folks remained loyal to the Deli and the A&P nearby. Eventually the building became site of what is now the New Bridge landing Post Office (formerly North Hackensack Post Office) .

To the north, there are businesses worth recalling too. At what is now the “River Edge Mall”, there was a Honey Dew Supermarket (later Shop Rite), Maxine’s, Garden State Farms and the Variety Bake Shop.

In between, at the strip mall near the there was Wong’s Kitchen (now Huang's Kitchen).At that time, it not only served up some great Chinese take-out, but under a glass counter were available “exotic” gifts from China. In that same mall was the old Riverside Market, a butcher/grocery store, and a reminder of years earlier when River Edge was called Riverside.

Other mainstay storefronts including the Kinderkamack, River Edge and Strumph Pharmacies at a time before ’s put them out of business. The River Edge Florist lasted many years just south of River Edge Road, and there were once some 13 service and filling stations around town – some were architecturally quite interesting (circa 1920’s) and all offered courteous and clean full service operations.

Then there were the likes of The Madison and Old Dominion were one could a drink, some good food and good talk.

Finally, still there is a somewhat obscure present-day storefront overlooked by many us. It’s a very unassuming no frills television repair shop on the east side of Kinderkamack Road between Monroe and Madison. It is pretty non-descript, pretty run down and pretty much closed. But it is still there and seems to be carrying on its business. It may not be fancy, but after all these years its storefront is indelibly part of the streetscape of River Edge.

We hope to share more and go into greater detail in future journeys on these pages.

In the meantime, it is interesting to note that the authors of the New York City storefront book began documenting their subject businesses in 2000. By 2008, they write, nearly one third of the businesses photographed had disappeared.

“These storefronts have the city’s history etched in the facades”, they write. “They set the pulse; life and texture of their communities”.

So too did our businesses. Like our big-city counterparts, our community has faced a recent loss in these traditional businesses – so much a part the fabric of life in River Edge. Some is left to the inevitable passage of time and tastes. Our recent economic downturn hasn’t helped either.

But there is more to it than just that. And for what could have been saved, and what might otherwise have been, we still feel sadness. We mourn their loss, and our loss as a community. But that, we are told, is inevitable progress. 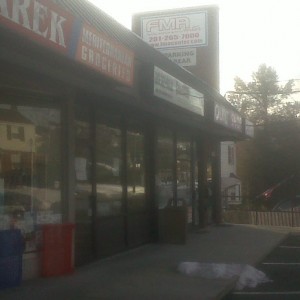 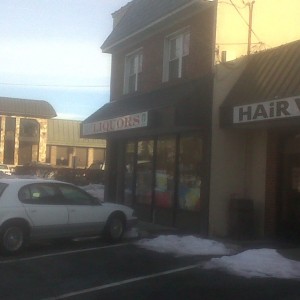 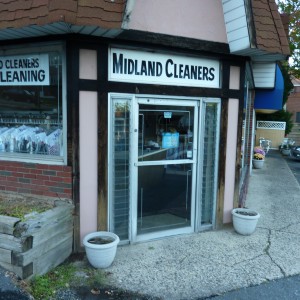 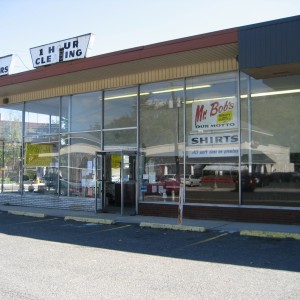 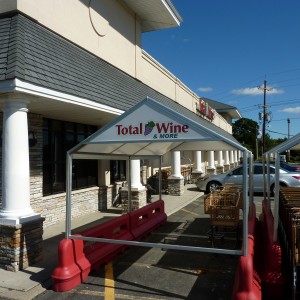 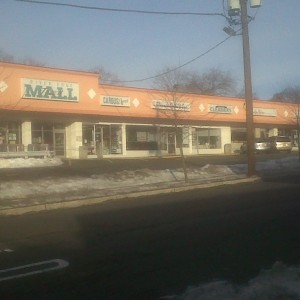 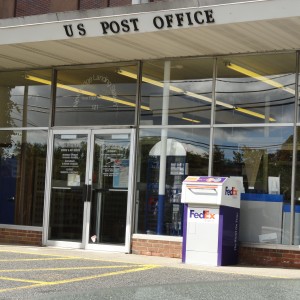 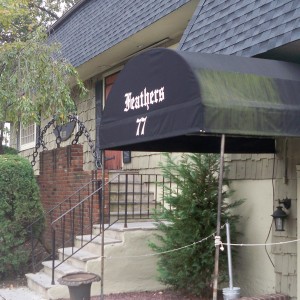 This piece was originally written for inclusion River Dell Patch - where was published in January, 2011.