Finally, the seemingly endless Presidential Campaign of 2016 is about to end. As we write Election Day is one week away. Except for the World Series in some parts (Ohio and Illinois), the election is on everyone's minds -  even those who have preferred to keep their thoughts to themselves.

From time to time, we like to look at the connection between candidate and/or President and their home. Below we present some thoughts on River Edge's Presidential connection (It was first published in River Dell Patch in February, 2011 - accounting for the snow in the pictures)

Many a community has a direct connection with some president – George Washington with Mount Vernon (Alexandria, Va); Abraham Lincoln with Springfield, Ill., Calvin Coolidge with Plymouth, Vt., etc.

As we have not yet sent one of our own from River Edge to Washington, D.C. to become President, we are left to contemplate our local connections to Presidents. Though perhaps obscure to some, they can be quite interesting - if one pauses to look closely.

The most obvious association to anyone Presidential around here is George Washington. As most of us are probably aware, General Washington spent a lot of time in our neighborhood during the Revolutionary War. From the Washington Spring to the Van Steuben House to places in between along Howland Avenue, this was his territory. But this local period, of course, occurred before Washington became President. Moreover, other than a street named in his honor there is not much to show that he was here (Of course, there is the Spring at Van Saun Park and he plays a prominent part in what you would see upon visiting the Historic New Bridge Landing).

Otherwise, the most obvious connection is by street name. We’ve covered the Presidents pretty well.

There’s the obvious group - Adams, Madison, Jefferson, and Monroe. There’s also that Washington Avenue (presumably named after George Washington), and a Van Buren Court to the east of Kinderkamack .

There’s Taft Road and Taft Court, which we are left to presume are named after William Howard Taft (though no other streets in that part of town are Presidentially named).

There were two Presidents named Johnson, but Johnson Avenue is named after neither. Instead it is in honor of William N. Johnson, a State Senator instrumental in his efforts to acquire land for what ultimately became Hackensack (He also donated land for a library on Main Street in Hackensack, which is now named after him).

Get free real-time news alerts from the River Dell Patch.

On the map there’s a Jackson Avenue. Is it named after Andrew Jackson? It’s really just an intellectual “what if”, since the street is just a paper street that was never actually built.

There’s also a Cleveland Place. Is it named after President Grover Cleveland (who, by the way, was born in New Jersey), William B. Cleveland (a member of the River Edge Board of Education in the 1940’s or someone else)?

Our Lincoln Avenue, on its face, seems a pretty safe bet. However, there is more to it than meets the eye. Fact is that loyalties here during the Civil War were not as clear-cut as one might have thought. Yes, River Edge and New Jersey lie north of the Mason-Dixon line and River Edge was a stop along the Underground Railroad, which smuggled slaves to freedom. At the same time, there were also a number of local landowners who were also slave holders. In fact, loyalties during the civil war were split – many sympathizers of the Southern cause. And, New Jersey never did vote for Lincoln – twice in 1860 and 1864 it went for his opponent in Presidential elections.

Another interesting local place with a Presidential connection is the Roosevelt School.

As the school was opened in 1919 (the town was then called Riverside), it is pretty clear that the naming was in honor of Theodore Roosevelt.

But in the 1940’s a controversy regarding the school’s name surfaced for a spell. For a while, there was sentiment afloat to have the name of the school changed to the Theodore Roosevelt School. Though River Edge was a bastion of Republican politics (A Democrat would not be elected Mayor until John Curran in 1972), there was enough diversity of opinion (and perhaps sympathizers of FDR and the New Deal) to reject the Teddy proposal and allow the school to remain to be named just the Roosevelt School.

Interestingly, there are many Presidents that come to mind who might have been honored – Eisenhower, Truman, Kennedy just to name a few– no streets – nothing. Their names are honored elsewhere, but not in River Edge. 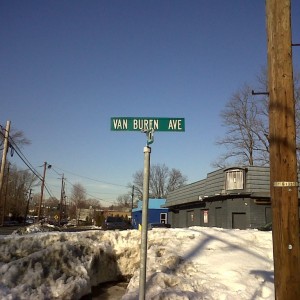 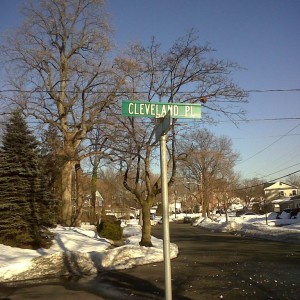 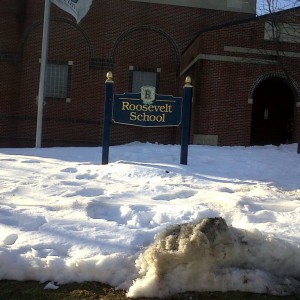 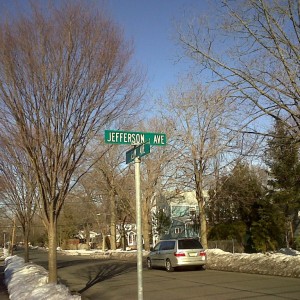 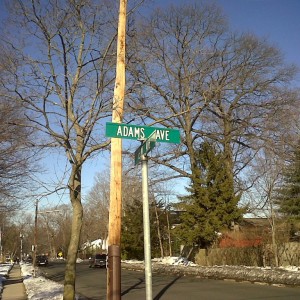 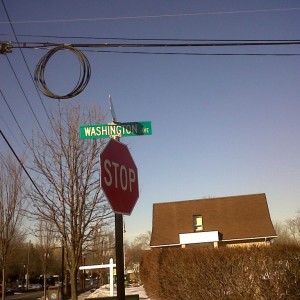