Over 57K views of the content in this Blog.

Nystrom's was a roadside eatery that last into the early 1950's along Route 4 just along the intersection of River Edge, Hackensack and Paramus. Though the location on Route 4 is now regarded as Paramus the restaurant then was described as being in North Hackensack.

It offered up good food, and was especially noted for its fountain service and homemade ice cream. It was representative of roadside eateries of that pre-fast food era, including its architecture which reminded one of Howard Johnsons restaurants of that time.

For a spell it later became a catering hall (The Neptune Inn). Today its building has been repurposed into a merchandising site, including a LAzyBoy.

We attach some other items recalling Nystrom’s 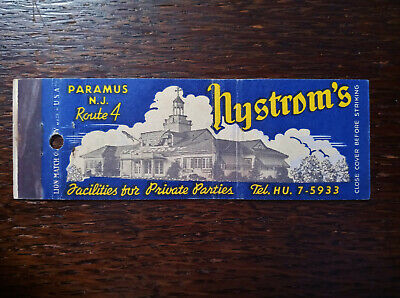