A Moment of Gratitude to our 9-11 Families

For years, the arrival of Labor Day weekend would generate a number thoughts and feelings associated the unofficial end of summer: one last BBQ or swim at the pool, the Jerry Lewis Telethon, the first week of football & U.S. Open Tennis and, of course, the start of school.

We still think of all of those activities mentioned above, but that is mostly secondary. The fact is that no matter what else is going at this time of year, we will always think first of 9-11 – the day itself and what it meant to us not just as Americans, but also as residents of River Edge, a bedroom community so near to New York & the WTC.

We’ll let those versed in issues national and international speak to those larger issues.

Here we take this moment to again rededicating ourselves to never forgetting those in our community who perished on that day:

We also pay tribute to the families. Those loved ones have inspired us in so many ways. We admire their strength, their grace and their dignity. And, we especially want to honor them as we approach the 20th anniversary of that day in 2001 for how they have not only carried on their lives, but have shown us all a thing or two about what it means to display courage on a daily basis.

We also make special note of the wonderful works that have been created to remember those lost and which, at the same time, benefit others in the community & beyond. These efforts remind us that, even in the face of tragedy and disappointment, one carries on, and the best way to live the life given to us is to fill those days in actions and deeds that will build on the best of those we miss – allowing their memory to be a blessing.

Here is a sample of some of those good works (We apologize in advance if this list is incomplete and hope you help us correct any omissions):

Herb and Andrea Ouida have worked diligently to turn their loss into something positive. The Todd Ouida Children's Foundation was created by Todd’s parents to celebrate Todd's life and create a meaningful legacy. Born out of Todd's own successful struggle with childhood anxiety, the mission of the foundation is to:

- Financially support psychological services for children of families in need and promote mental health initiatives for all children.

- Raise awareness and reduce the stigma of anxiety and depression disorders in children, recognizing the need for early intervention

The scope and impact of their works has been far reaching – extending to a cause as far away as England and as near as the New Bridge Center at Cherry Hill (Zippy’s Club). At the University of Michigan, where Todd attended college, there are annual Todd Ouida Clinical Scholar Awards at the University of Michigan. These are designed to further the research of outstanding young scientists focused on improving outcomes for those suffering from childhood anxiety and depression. The funds provide powerful leverage in helping young investigators achieve successes that will enable them to become eligible for additional funding from public entities (such as the National Institutes of Health) as their careers develop. Also, the Todd Ouida Annual Lecture in Childhood Anxiety and Depression, honoring the memory of Todd and his works triumphing over his own childhood anxiety.

Andrea Ouida is also a co-chair of the River Edge Stigma Free Initiative.

In addition, locally every year the family presents a scholarship to a River Dell senior who has struggled and persevered, as Todd did.

For more on Herb and Andrea: https://newyork.cbslocal.com/.../stories-from-main.../

Scott Rohner: Scott Rohner was 22, a former star athlete and a new employee at Cantor Fitzgerald, having his new job for only a month before 9-11. The Scott Rohner Memorial Foundation was established in 2002 and has been awarding scholarships to River Dell High School seniors ever since. In addition, the Foundation raises money for a variety of charitable organizations. One of the highlights is an annual outing in Scott’s name - a day of golf, lunch, dinner and entertainment – all dedicated to remembering Scott and raising funds in his memory.

Jennifer Fialco: While known for her love of travel, her resilience in over-coming health issues and her athleticism, an appreciation wrote that “it was Jennifer’s positive attitude, team spirit and fair mindedness that inspired coaches at River Dell High School in New Jersey to create a scholarship for a graduating female varsity athlete each year”. The Jennifer L. Fialco Memorial Scholarship has honored her legacy each year since the 9/11 attacks by awarding financial support to athletes that embody her values and who inspire others around them.

Chris Allingham: We understand that the Allingham family also established scholarship at the high school he graduated from (St. John Vianney in Holmdel), but we have no further information.

Thank you again, 9-11 families, for helping to spearhead these efforts. We also honor your resilience and how you help us, not just to remember but also to make the most of our days as we continue on. 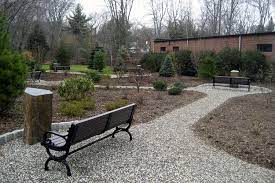