Over 21K views of the content in this Blog.

All in A Name

Not too long we shared with you the origins of the Oritani name, onec prominent in town but now increasingly fading.

In this posting we share with you the origins of the name Hackensack itself.

Those origins go point to the first inhabitants of the area, the Lenni Lenape, an Algonquian people who became known to settlers as 'the Delaware Indians.'

They lived along a river they called 'Achinigeu-hach,' or "Ackingsah-sack", which translates to 'stony ground'—today this river is more commonly known by the name 'the Hackensack River.' Another source translates Hackensack as “mouth of a river.” The “Hackensacks” formed villages, each one practicing and serving as its own government. Interestingly enough, these villages practiced a democracy, where all members of the tribe were involved in the decision-making.

A representation of Chief Oratam of the Achkinhenhcky appears on the Hackensack municipal seal. The most common explanation is that the city was named for the Native American tribe, though other sources attribute it to a Native American word variously translated as meaning "hook mouth", "stream that unites with another on low ground", "on low ground" or "land of the big snake", while another version described as "more colorful than probable" attributes the name to an inn called the "Hock and Sack"

The name “Sack” has now resurfaced as the downtown section undergoing substantial changes has rebranded itself as “the Sack”. It seems, indeed that everything old is new again.

Finally, it is interesting to learn that though the name goes back centuries and has been used informally since the 18th century, the name Hackensack only became the official moniker in 1921. At Hackensack City Hall last year in the midst of COVID they marked the 100th anniversary of the change from the Township of New Barbados to the City of Hackensack by creating commemorative pens which were made available to the public via the lobby of City Hall, of course subject to social distancing. 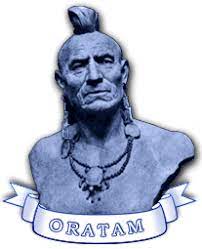