How to will provide a variety of different themes. The world is our oyster, and we will educate you on beneficial topics you would have never thought about...

Over 1.7K views of the content in this Blog.

How to Know You Took on Too Much

Ever wondered about the title topic? Have you taken on too much without being aware of it? This article shows you an example and how you can be wary next time.

I remember getting up in the morning and doing the daily grind of chores and rituals including saying prayers and checking emails. I remember going to the nearby bank to pay telephone bill and neighboring groceries shop to buy bread for Mom who would be coming home that night after about a fortnight.

I stuck a chit on my brother's door, saying, Order two packets of mixed fried rice, saucy prawn and mixed vegetables which you usually buy from Boomers and also for yourself if you like. I further said that the order should reach home by 8pm although Mom was destined to come home after midnight.

I remember making boiled rice, smashed potatoes and salad for lunch. My brother was out dining with one or more of his friends. So I was all by myself.

I made a phone call to a man reminding of his van to bring my mother home. I didn't get him on the first call, rather on the second call. I asked for the cell phone and name of the driver and put the info on Facebook so that Mom would get it easily. 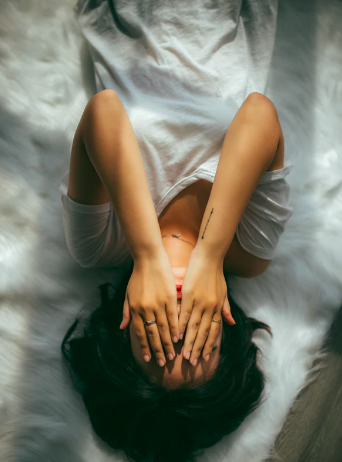 I boiled water in a big water pot, which will serve for drinking purposes in the family. Then at about 5pm I called my brother, who was still out, if he had put in the order. He said that whenever he would put in the order, they will reach the order home within a few minutes. On a hunch, I wondered if Boomers would be open by 8pm and told him, Order in now. The restaurant may not be open at 8pm.

I went for evening prayers and shortly after, the delivery boy rang the bell. He said it cost Tk506. I didn't have Tk6 and produced him Tk510 and asked him if could give me TK4. He could only give Tk2 and I had to be satisfied with that.

Meanwhile the water pot was fully boiling and when the water level had gone below a certain mark, I switched off the stove.

Next I started cleaning the kitchen. I put in the trash one of the food packets that I had eaten for dinner at about 8pm. The other packet had lost its warmth by another hour. So I put it in the fridge since Mom would be coming home much later.

Then the door bell rang again and this time it was my brother.

I carefully cleaned the table and put the final touch to the kitchen and threw all the trash that had accumulated by now through the garbage chute. By now it was 10pm. I had to stay awake for over two more hours.

I fiddled with my laptop and logged onto Facebook and saw some of the short messages left by Mom and regretted for not seeing them earlier and now it was almost time for her to reach home.

I realized I had been so busy all day long. I stretched my legs on the bed and rested my head on the pillow. But I was feeling excited, Mom would be home!

At 11.10 pm, my phone rang, who do you think it was? Yes, it was Mom calling me. She said she would be back home soon and there was no need to worry.

I kept my phone at my side. I thought about when it would be a good time to call her back so that she would be in the van with her luggage on the way coming back home. I manipulated it to be around 12.30 am.

Guess what there was a door bell at 12.15 am. And it was Mom! After her carry-on roller and luggage were brought in by the driver, she sat down in my room for a chit chat. It became a long chit chat and hours were running by until I told her to eat and refresh.

I went to shower and came back to my room unable to stay awake any longer. In the morning I was unable to wake up and write the book I was writing. I slept and slept. It was at this point I realized I took on too much the day before. I constantly worked and also chit chat with Mom for long hours, which was why I was unable to stay on schedule this morning. Next time I intended to be more careful.

I will reduce some of my tasks the day Mom would be coming back home again. I will have minimum work to do on days like this. I will reduce the length of chit chat, if any. I will retire to bed as earliest as possible. Then I will be sure to stay on schedule and wouldn't have to sleep dog-tired late into the morning.

Actually, truly speaking I had taken on myself too much. Mistakes like this can be amended after the first experience in ways I mention above.

Rosina S Khan has authored this article. For a wealth of free resources based on stunning fiction stories, amazing self-help eBooks, commendable articles, quality scholar papers, valuable blogs and terrific academic guides, all authored by her, and much more. You will be glad that you did.